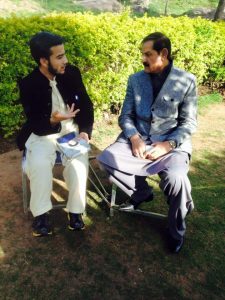 PARACHINAR: Irfanullah was in fourth-grade when he lost his both legs in a bomb blast when he was going school. The incident happened on July 25, 2011 that changed his whole life and made him crippled for life.

Hailing from Pir Qayyum village of Kurram tribal district, Irfanullah is now a student of F.Sc first year at Islamia College Peshawar. Recalling the moment, he said that he was on way school when heard a deafening sound  and lost his senses.

That was a remote controlled-bomb blast that also killed three persons and injured 15 others. 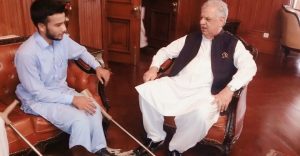 When he opened he eyes, he found himself on a hospital bed with his parents and cousins standing beside him. He later came to know that he had lost his legs. At one moment, I thought life has stopped but then my parents and everyone had given me courage.

He lost one leg in the blast while the second one was amputated due to excessive bleeding as doctors at local hospitals could not stop it due to shortage of medicines and equipment.

“I have lost my legs not courage,” he said. It was the painful moment of his life when he picked his bag and went to school. “This is my courage and support of my parents that brought me here to this prestigious institutions,” he said.

He added that the disability has changed his outlook and future plans and vowed to continue his education at all cost.