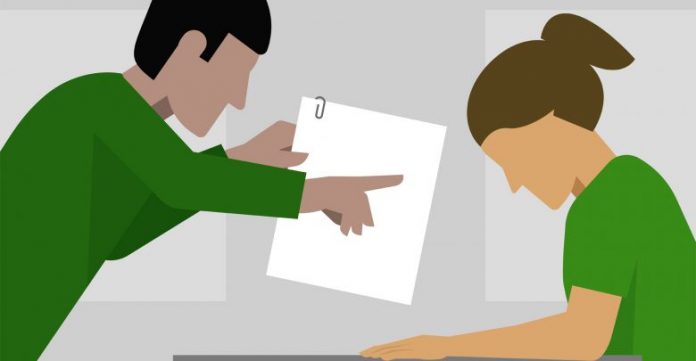 MARDAN: A female worker at a non-governmental organisation (NGO) had to leave her job to safeguard her dignity as the attempts of harassment were increasing with passage of time.

“Initially people respected me at my workplace, but later on some people tried to harass me and used to call me to office unnecessarily. I was well aware of their ill intentions and finally quit the job to save my honour and dignity,” said Azra, a resident of Sheikh Maltoon Town of Mardan.

Azra said she got a job at an NGO nearby her house, but head of the office used to harass her due to which she decided to sit at home instead of putting her honour at stake. She alleged that almost all girls at the office were harassed, but they did not speak up due to social constraints.

“The boss used to put hand on shoulder of female workers to appreciate their work. I could not understand why the boss needed to touch a woman’s shoulder to appreciate her,” she said.

Many girls like Azra face harassment, but prefer to remain silent due to fear of backlash from society as the trend of blaming the victim is common in our culture.

Afsheen, a lawyer at Peshawar High Court, said laws against harassment at workplace are not being implemented in letter and spirit.

“Under the law, a person against whom harassment is proven, he may face imprisonment up to three years,” she told TNN.

Provincial Ombudsperson for Harassment against Women Rakhshanda Naz also agrees with Afsheen, saying that women victims of harassment often remain silent due to fear of social backlash. She said 112 cases of harassment were reported in KP last year, but no complaint was received from Mardan.

Rakhshanda said after enactment of the law, she directed all the institutions to display pamphlets of “code of conduct” and also establish a committee to look into harassment complaints.

Azra said she is unaware about law on harassment neither she has studied it.

Rakhshanda said most women in our society are unaware about harassment laws. She said there is need to create awareness among women about legal options against harassment.