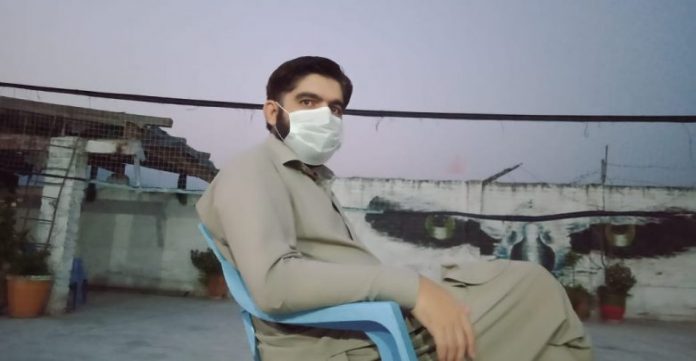 BUNER: The attitude of doctor after my corona positive test was very strange. Doctor at the hospital asked me to “stay away and throw your file towards me”. I thought as if I have come to a police station after committing a heinous crime and I am facing a policeman instead of a doctor.

These feelings were expressed by Aftab Khan, a resident of Pir Baba area of district Buner, who has recovered from the novel coronavirus recently, but hasn’t forgotten the difficulties he faced during his illness.

Aftab said he reached District Headquarters Hospital Daggar after undergoing corona test in Swat at midnight and was very scared when doctors showed him a glimpse of difficulties which were waiting for him in the ward specified for the infected patients. He said the doctor at the ward was not wearing a protective kit and he didn’t check him, instead he instructed him to go to any room in the ward. “However, I was unable to walk as 12 days of fever and flu had left me frail,” he told TNN.

“The watchman also opened door for me reluctantly and I managed to reach a bed with great difficulty. That little walk was not less than the Judgement Day for me,” Aftab said.

The young man from Pir Baba said his condition first deteriorated on 27th of Ramazan and tests with local doctor showed he had typhoid, but he showed no improvement despite several days of treatment.

“Then I visited a famous medical specialist where I was again diagnosed with typhoid, but the doctor advised me to undergo corona test as I was showing symptoms of the disease,” he said. 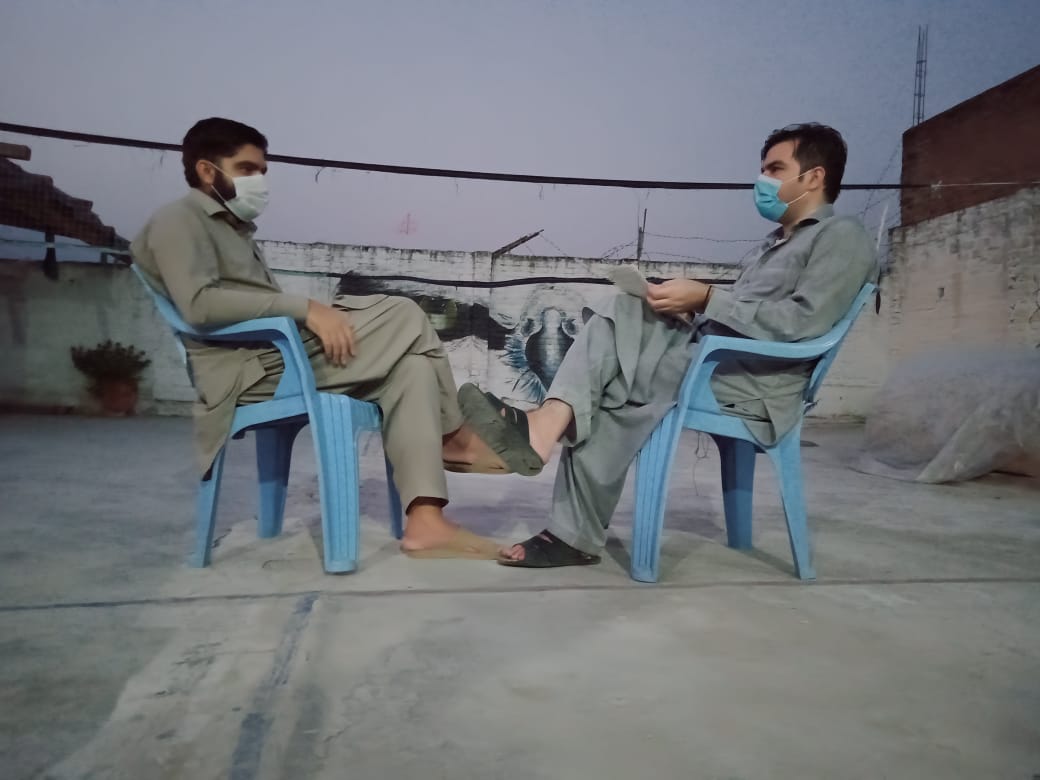 Irfan said he went to Swat (another district) where he was tested positive for coronavirus. “It was such a bad news for me that I started feeling further weak and coughing further increased,” he said.

Irfan was initially advised to go to Police Services Hospital Peshawar, but no bed was available there. He said he then decided to come to District Headquarter Hospital Daggar hoping that he will be fine in his area hospital. However, all his hopes were shattered when he arrived at the hospital. He said he realised at the hospital that the corona patients are looked down upon by other people, including doctors, and the patients also face improper attitude.

“I was coughing at 1:00am and needed medicines, but no one at the ward was responding to my request for coming. I somehow managed to go to the door and asked them to give me cough syrup. They threw the cough syrup towards me after an hour,” he said.

Irfan said the doctor telephoned him at 3:00am that an oxygen test is required. “The doctor did not come to ward and asked me to walk up to the ward door. I reached there with great difficulty and the doctor told me not to come out and just show one arm in the door to take blood sample,” he narrated.

He said when the doctor sought contact number of his family, he thought he was about to die. “I was so scared that I thought I am about to die as doctor wanted to contact my family. The doctor told my uncle on phone that my chest condition is bad and anything can happen if the situation did not improve within few hours,” he said, adding that the doctor advised him to go to Mardan Hospital as Buner hospital did not have oxygen facility.

“I was continuously thinking about my two and a half-years-old son and nine-month-old daughter and feared that I might go away from them forever. The family decided to shift me to Mardan Medical Complex (MMC) ( Almost 83 KM) and the journey was the most difficult in my life due to very high fever and continuous coughing,” said Irfan. 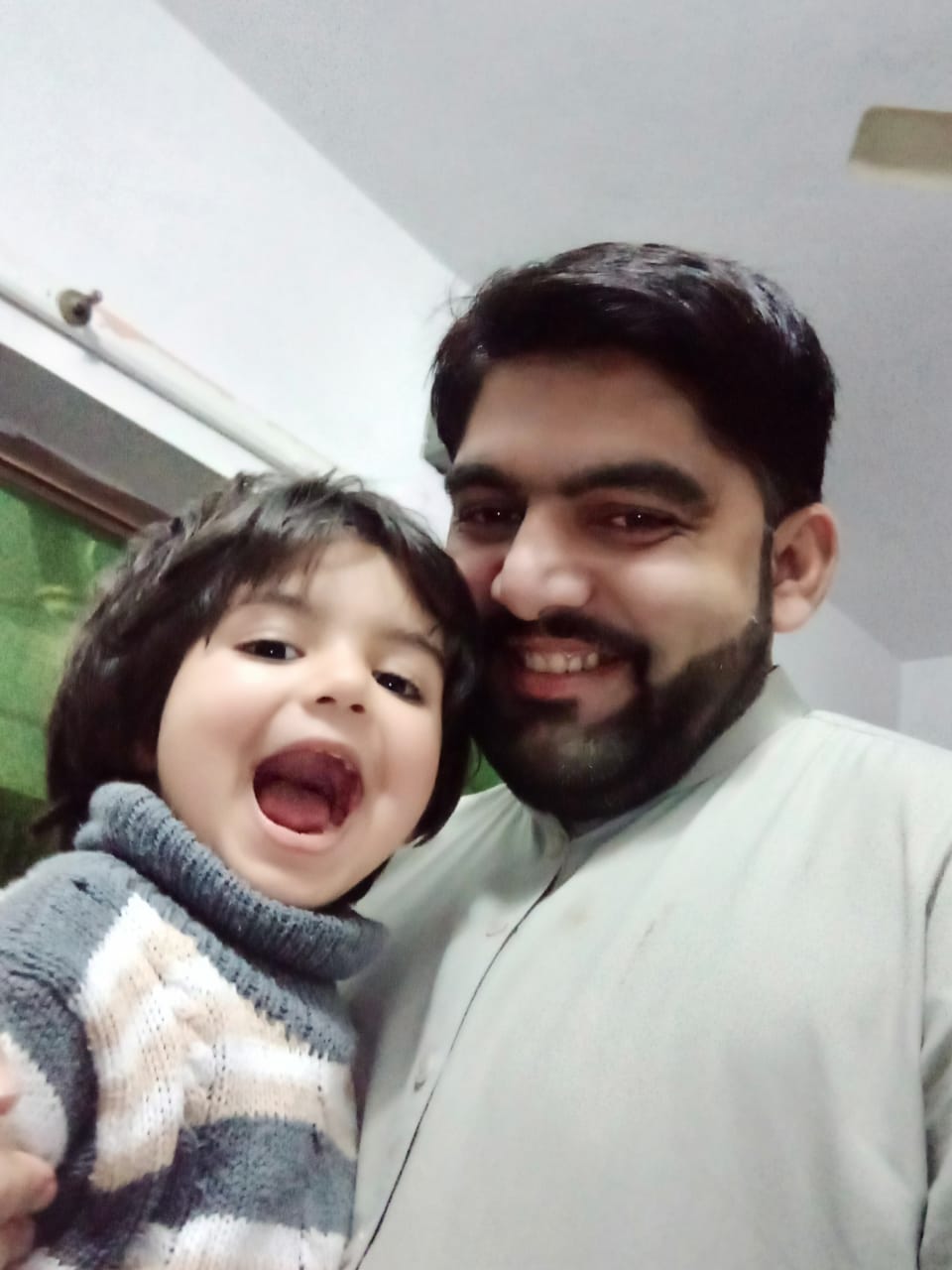 The young man said the staff of MMC was very cooperative and he easily got a clean room there. He said he immediately received treatment, particularly the antibiotic injections and nebulisation for check infection. He said he improved within a week and doctors advised him to go back home.

“By the time I showed improvement, seven members of my family, including my wife, younger sister, uncle and cousin, had contracted coronavirus,” he said.

Irfan said a new test for him started as it was extremely challenging to keep his wife away from little children, including one who needed breastfeeding.

“The whole family was battling coronavirus and instead of getting encouragement or help, the villagers started comments on my family as if we have committed some terror act. I was extremely disappointed to see the behaviour of the villagers,” he said.

After going through a lot of difficulties, the whole family eventually defeated corona. “I am confident that one day the whole country and the world at large will defeat this disease,” Irfan said.