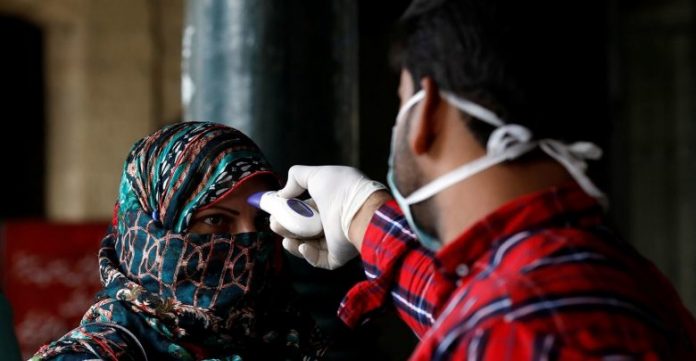 WANA: After contracting coronavirus, I was extremely worried for my mother due to her age factor and vulnerability and this thing was a cause of major concern for me.

This was stated by Hazrat Ali from South Waziristan, who has recently recovered from coronavirus. Hazrat Ali said he works as field supervisor. He said he started showing symptoms when he returned from field after having food in a hotel and drinking lassi at home. He said he felt throat infection, but he did not pay much attention to it as he thought it might be a routine infection which happens after consuming spicy food items.

“I felt temperature the next morning which kept on increasing. I took routine pills and antibiotic for fever, but there was no improvement. Doctors advised me to go for a corona test which came back as positive,” Hazrat Ali told TNN.

Hazrat Ali isolated himself at home and started extreme caution, but other members of the family were not taking the issue seriously.

“My mother doesn’t believe in social distancing. She was never ready to keep a distance from me, but I tried my best to keep her and other family members away as I feared that they might also be infected if I did not observe caution,” Hazrat Ali said, adding that he was particularly concerned about his mother, who was more vulnerable due to age factor.

Hazrat Ali said he used to receive many phone calls from relatives, well-wishers and other people who used to inquire after his health. He said most of the people who talked to him on phone were clearly scared of the pandemic. He said members of Tableeghi Jamaat used to come to his residence, but that stopped after he contracted the disease.

“People were also initially careless in the mosque, but they started observing precaution after emergence of few cases in the area,” he said, adding that lack of awareness was the main reason behind irresponsible attitude of some people.

The cases of stress-related illness and depression have increased after the outbreak of coronavirus pandemic.

Dr Jalwa Saeed, a psychologist working in Peshawar, said while talking to TNN that a single case brings anxiety and depression to all the people in a family or neighbourhood.

She said corona patients go into depression when feelings come to them like corona is killing people and I might also die of corona; I can’t recover from it; I may infect other family members and they may also die of the disease; and there will be no proper funeral if I die. She said some patients also feel remorse as they believe that they have contracted the disease as punishment for their sins. She said the fear of social stigma and isolation further pushes the patients into depression.

Dr Jalwa said social distancing is not too difficult nowadays as technology is available everywhere which can keep the patients connected to the rest of the world.

“Positive thinking and mental toughness are some of qualities which keep the people going even during difficult circumstances. A patient must realise that the whole world is confronted with the pandemic and he is not the only one facing it. The patient must take courage from the fact that majority of the patients recover from the disease,” Dr Jalwa said.

She said motivation level of the patients can be increased by encouraging them to stay connected with people through technology and continue precautionary measures. She said sympathy must also be shown to the patients for their emotional comfort.

Pakistan was also confronting the challenges of poverty and unemployment and these problems have compounded during the pandemic. But Pakistan is not alone in this, as the whole world, particularly the developed countries, have also been impacted badly and apparently they have failed to contain damages.

Ikramullah said his children spend Eidul Fitr without new clothes and shoes and now Eidul Azha is approaching fast and he has no money to buy anything for his children. He said he wants to educate his children and he needs support for it.

“I am 35 years old, but I look much older than that because I constantly remain in stress. I took clothes on loan from a shopkeeper for Rs18,000 for sale, but I have no customers. Now the shopkeeper regularly calls me for return of the money, but I am left with nothing,” he told TNN.

“I feel like it’s the end of road for me. I am stressful. There is no charm left in the life,” he said.

In Pakistani society, people don’t openly talk about their mental health problems due to fear of social stigma. An awareness campaign in this regard is inevitable. It is imperative for the government and health department to also focus on mental health of patients along with treatment for the diseases. Physical health has no value until it is supplemented by good mental health.