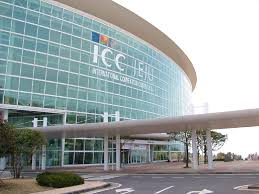 PESHAWAR, 17 May: International Cricket Control (ICC) has distanced itself from the Zimbabwe cricket team’s tour to Pakistan by announcing not to send its officials to Pakistan, citing security reasons.

The ICC spokesman said Pakistan has been asked to arrange local umpires for one-day and T20 matches. He added that despite the absence of neutral umpires, the Zimbabwe-Pakistan cricket series would be given the status of international cricket. Pakistan Cricket Board has announced a 6-members panel of umpires, including five Pakistani and one Zimbabwean.

During the last six years Zimbabwe, due in Pakistan tomorrow, is the first team which consented to play international cricket in Pakistan. The Zimbabwean cricket board has also announced cancelling its Pakistan visit in the backdrop of attack on a bus in Karachi which left 44 people killed. However, it reversed its decision later.