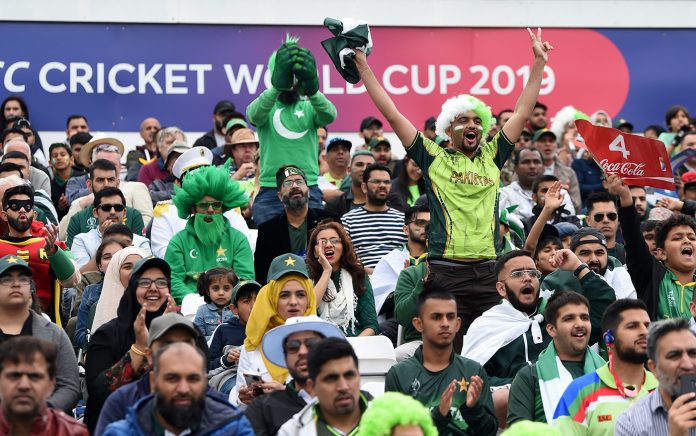 PESHAWAR: Pakistan will face England in their second match of the ICC World Cup at Nottingham tomorrow (Monday).

The match will begin at 2:30pm (PST). England will start the match as overwhelming favourites due to their strong team combination and ideal preparation and start in the World Cup. The opening match of the mega event was played between England and South Africa which the hosts won comfortably. And the second match of the World Cup was between Pakistan and the West Indies which Pakistan lost by a huge margin. The massive defeat means Pakistan are now languishing at the bottom of the points table with a horrible net run rate of -5.802.

Pakistan’s batting was a disaster in the first match and no batsman performed well. Asif Ali is likely to play tomorrow’s match as his exclusion from the first match drew criticism for Pakistan team management. He may come in place of either Mohammad Hafeez or Haris Sohail. Out of form Shoaib Malik is expected to continue to warm the bench.

The bowling unit was not tested in Pakistan’s match against West Indies due to a very short total although Mohammad Amir returned to form and took three wickets. It is unlikely that Pakistan would make any changes in the bowling attack.

Despite poor start to the campaign, Pakistan captain Sarfraz is upbeat and says it is a long event, there are no excuses for poor performance, and the team will make a strong comeback.

England are unlikely to make any changes given their strong performance against Proteas in the first match.

The pitches in the World Cup are offering seam and swing for the team bowling first. Before the World Cup it was expected that there will be flat pitches and teams will post massive totals. The teams winning the toss and bowling first are gaining advantage in the ongoing event and the same will be the case in tomorrow’s match.