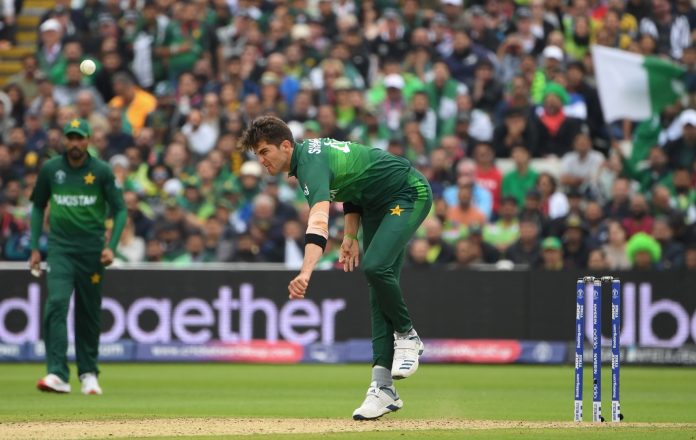 PESHAWAR: Pakistan will play their crucial match of the ICC World Cup against Afghanistan at Leeds tomorrow (Saturday).

The match will begin at 2:30pm (PST). It will be a crucial match for Pakistan for keeping their hopes of qualifying for World Cup semi-finals alive. Pakistan have currently seven points from their seven matches with three wins, as many losses and one draw. Pakistan’s fate will also depend on the outcome of other matches played by England, Bangladesh and Sri Lanka.

The fourth place in the semi-finals race is wide open and it seems that England, Pakistan and Bangladesh will have to fight it out seriously to get there. Net run rate is another issue which Pakistan need to address. Pakistan will have to beat Afghanistan and then Bangladesh with a good margin to improve chances of qualifying for the semis.

Pakistan are likely to go against Afghanistan with the same combination which defeated New Zealand and South Africa. It means that Mohammad Hasnain will have to wait further for his World Cup debut.

On the other hand, the situation is dismal for Afghanistan as they are languishing at the bottom of points table with seven losses in as many matches. Although Afghanistan beat Pakistan in the practice matches of the World Cup, but tomorrow’s game will be a different pressure game and Afghanistan will start as underdogs. However, they will hope to take inspiration from their warm-up match win against Pakistan and will try to repeat the same performance.

Pakistan will like to bat first after winning the toss.

The next match of the day will be played between New Zealand and Australia. The winner will qualify for semi-final, while loser will have to wait and see the outcome of other games.