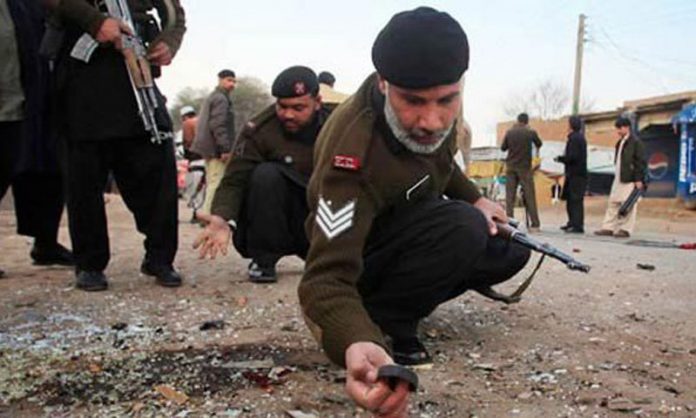 The local sources said that the children were playing outside their home when they came across a planted IED on the roadside and it went off. A boy and his sister sustained injuries in the blast. Both the injured were rushed to the nearby hospital by locals. However, since their conditions were not stable, they were taken to the Combined Military Hospital (CMH), Peshawar in a military Helicopter.

The IED blasts continue to claim lives in the the North Waziristan district due to which a high number of casualties and injuries of security forces and tribesmen have been reported since the war broke out in the area.

In February 2018, a five-year-old child was killed on the spot while his eight-year-old-brother sustained injuries when the IED went off in Spinwam area on Mir Ali road.

In January, one soldier was martyred and two others injured in a landmine blast in Mir Ali tehsil’s Sarobi area. On April 22, one soldier lost his life and three others suffered injuries in a roadside bomb blast near Miramshah when an improvised explosive device went off near one of the vehicles.

The tribesmen have been demanding of the political administration and the security forces to de-mine the areas. It has been one of the major demands of the participants of the protest sit-in, being organized by local yoth of the district.

The Security forces has said that they are clearing the IEDs and landmines left behind by militants and are raising awareness among residents.