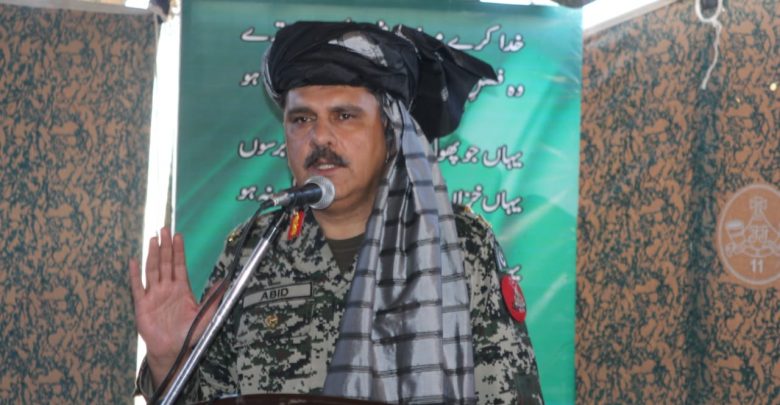 General Latif made the announcements while addressing a gathering of tribal people here. He was given a warm welcome upon his arrival by Badar Youth Association.

He said Mehsud tribe has rendered matchless sacrifices and suffered years of displacement in tents for peace in their region, adding that it was because of their sacrifices that peace has returned Waziristan.

General Latif assured them that hard days were over now and said that FC would construct 31 kilometer road apart from construction of health, education, hydel power projects and mosques in South Waziristan.

He said that landmines were being cleared and those whose properties were damaged would be compensated and added that completion of such projects would usher in era of development.