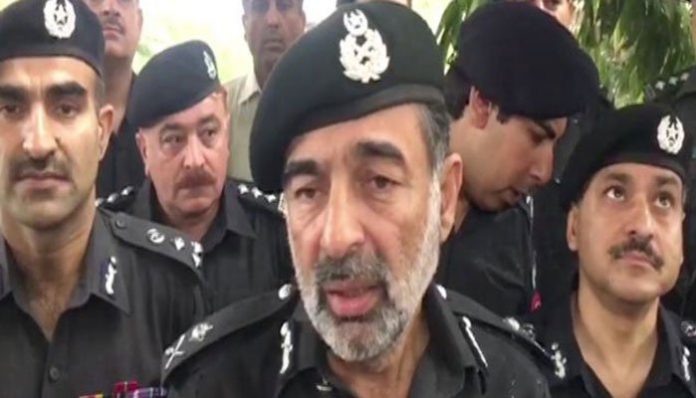 The transfer was allegedly made over differences on the issue of extension of the police force to the tribal districts. The erstwhile IGP of Azad Kashmir Muhammad Naeem Khan was appointed as the Police chief of Khyber Pakhtunkhwa.

Critics believe that transfer of Salahuddin will be counterproductive at the times of merger as he being a Mehsud himself knows the tribal areas much better than other officials of the province, therefore he should have been maintained as IG Police.

Simultaneously, KP’s Chief Secretary Naveed Kamran Baloch, a Grade-22 officer was also removed from his post. And subsequently a Grade-21 officer Muhammad Salim has been appointed as new Chief Secretary.  The New chief secretary is set to retire on October 30, this year.

The notification of high level reshuffle was issued by the provincial establishment division. Naveed Kamran Baloch isn’t yet assigned a new portfolio and was asked to report back to the Establishment Division.

Baloch was appointed a chief secretary of the province by the caretaker set up in 2018. The Chief Minister Mehmood Khan has thanked him for serving the province for six months. In a statement issued from the CM house, He said that five months back, Kamran Baloch has requested the government for his transfer, however; the CM has requested him to perform his duty as Chief Secretary of the province until the new secretary is appointed. “Both the officials, Chief Secretary and Police Chief, has served the province very well in very difficult situation,” said the statement quoting the Chief Minister.

Likewise, Mathar Niaz Rana was appointed the new chief secretary of Azad Kashmir instead of Grade-21 officer Khawaja Daud Ahmed, who has been appointed an additional registrar of the Supreme Court for a period of three years on deputation. Rana had been serving as the additional secretary of industries and production until now.