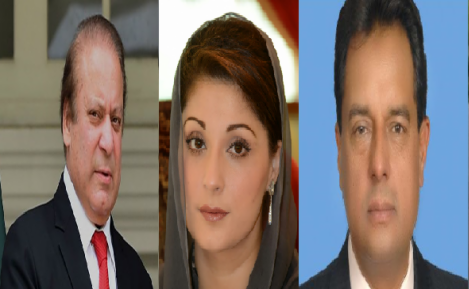 ISLAMABAD: The Islamabad High Court (IHC) on Tuesday issued notices to the National Accountability Bureau (NAB) on Nawaz Sharif, his daughter Maryam Nawaz and Capt (retd) Safdar pleas to transfer the remaining corruption cases against him to another judge as well as on the Sharif family’s appeals against the Avenfield verdict.

The court dismissed their requests to stay the corruption trial of the remaining references, as well as the Avenfield verdict, till their appeals are decided by the IHC.

Nawaz and family are likely to remain in jail until the election as the hearing was adjourned for the last week of July.

A number of appeals have been filed by Nawaz, his daughter Maryam and son-in-law Capt (retd) Safdar regarding the Avenfield case verdict.

The hearing went under way today as soon as IHC Justices Mohsin Akhtar Kayani and Miangul Hassan Aurangzeb entered the courtroom, which was packed to the brim.