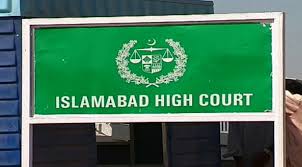 ISLAMABAD, 12 April: The Islamabad High Court (IHC) on Wednesday ordered the Pakistan Bureau of Statistics (PBS) to revisit the procedure of holding population and household census in the Federally Administered Tribal Areas (Fata).
A lawyer from South Waziristan Agency Samreena Khan Wazir had filed a writ petition under article 199 of the constitution in Islamabad High Court seeking postponement of the ongoing population and household census in Fata. The petitioner stated that CNICs were made compulsory for population census however, majority of tribal people do not have the CNICs and there is fear of miscalculation.
Samreena Wazir also pleaded that thousands of displaced people living in other parts of the country will miss in the census. “A large number of Fata people are still displaced living in various parts of the country, which is going to hinder the actual representation of Fata in census report,” she said in her writ.
Expressing her reservation, she said, there are very high possibility of miscalculation of the tribal people which will deny people of Fata due share in NFC Award and representation in national, provincial assemblies and local bodies.
Therefore, she prayed that the intervention of IHC for provision of any other relief that this court may deem appropriate in the circumstances. She pleaded the court to issue orders before the completion of census in Orakzai Agency on April 13.
The court approved the petition and converted the writ petition into representation and directed the census department chief and secretary finance to hear the points of Samreena Wazir regarding population census in Fata.
While talking to TNN, Samreena Wazir said that she will consult the Fata parliamentarians, civil society members and students’ unions before placing his recommendations before census department.