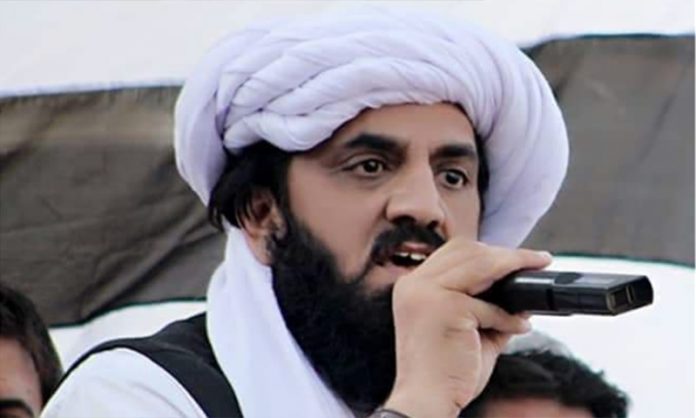 PESHAWAR: The Islamabad High Court (IHC) on Tuesday suspended a decision of by the National Database and Registration Authority (Nadra) to revoke the citizenship of Jamiat Ulema-e-Islam-Fazl (JUI-F) leader Hafiz Hamdullah.

On Sunday, reports came that Nadra had cancelled the Pakistani citizenship of former senator Hafiz Hamdullah while declaring him an alien. It was reported that Hafiz Hamdullah fraudulently obtained a computerised national identity card (CNIC) and he was in fact an Afghan national. The Pakistan Electronic Media Regulatory Authority (Pemra) had also subsequently directed the TV channels not to invite Hafiz Hamdullah as he was not a Pakistani national. The JUI-F leader had approached the IHC against the revocation of his citizenship.

On Tuesday, the IHC Chief Justice Athar Minallah while hearing the case suspended the Nadra notification and sought reply from the Authority within two weeks. The court also directed the Interior Ministry not to take any action against the JUI-F leader.

Nadra officials told the court that Hafiz Hamdullah was given full chance to prove his credentials as Pakistani citizen and a committee was also formed for this purpose. They alleged that the documents presented by Hafiz Hamdullah to the committee were fake.

To a court query, the lawyer of the JUI-F leader said the children of Hafiz Hamdullah had CNICs and one of them is in the Pakistan Army. On this, the chief justice questioned how the citizenship of a man can be questioned whose wife sends her child to sacrifice himself for the country.

After initial arguments, the court decided to suspend the Nadra notification and barred the Interior Ministry from taking action against Hafiz Hamdullah. The court also suspended the Pemra directives barring TV channels from inviting Hafiz Hamdullah to their talk shows as guest.

Hafiz Hamdullah was elected as a senator on the JUI-F ticket on a general seat from Balochistan in 2012 and his tenure ended last year. Earlier, he was elected as member of Balochistan Assembly in the 2002 general elections on the ticket of the Muttahida Majlis-e-Amal (MMA) and served as provincial health minister from 2002 to 2005. Hamdullah is often seen in talk shows on different TV channels.