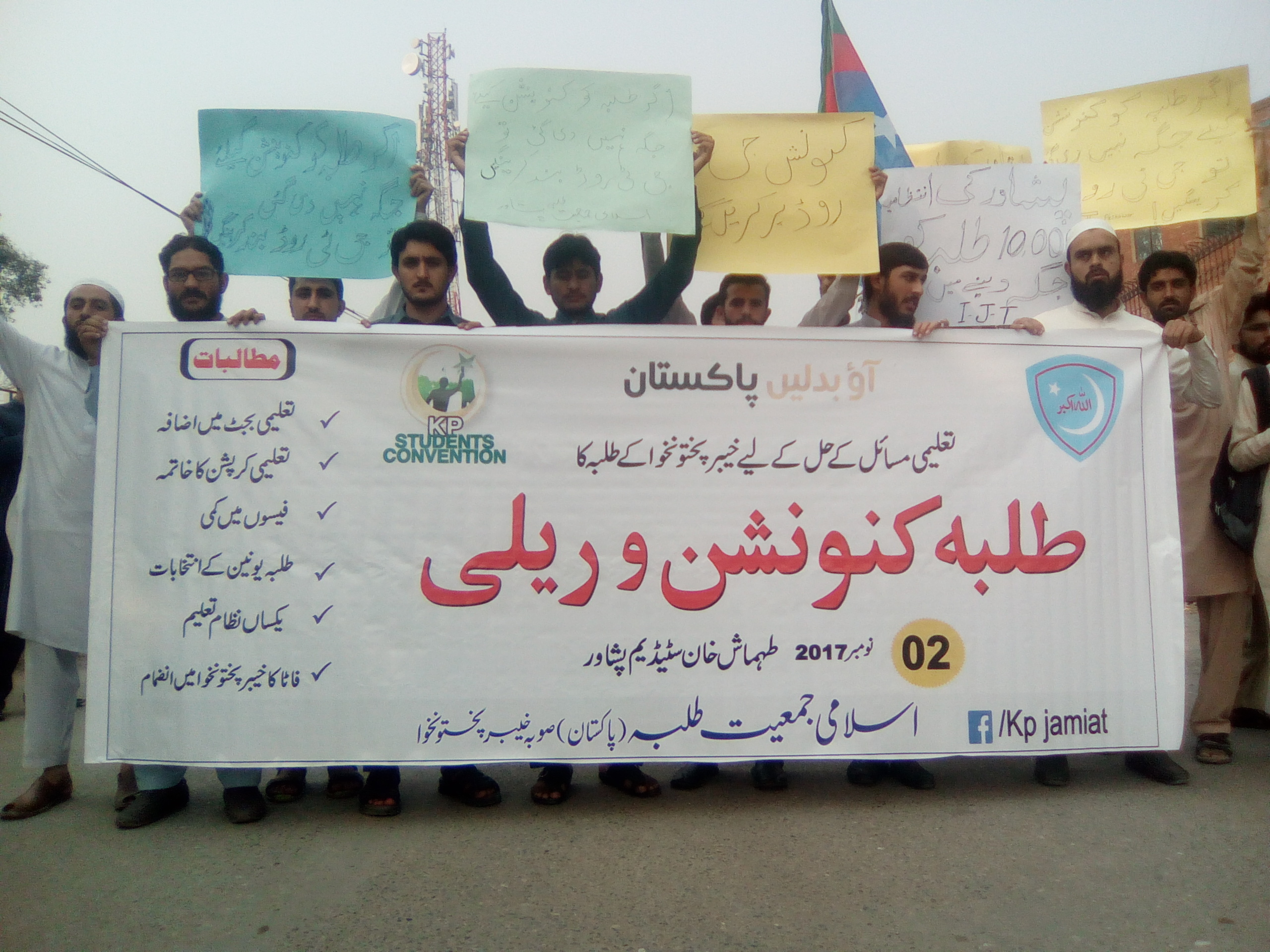 Activist of IJT gathered outside Peshawar Press Club and staged a demonstration. They were holding banners and placards inscribed with demands to allow them hold convention in the stadium.

They critcised the government and said that the convention was organized to raise voice for rights of students and reduce the rising admission fees in universities.

They said that they have written several letters to district administration but it refused to permit them to enter the stadium. They threatened to hold the convention on Grand Trunk Road if they were not allowed to hold it in the stadium