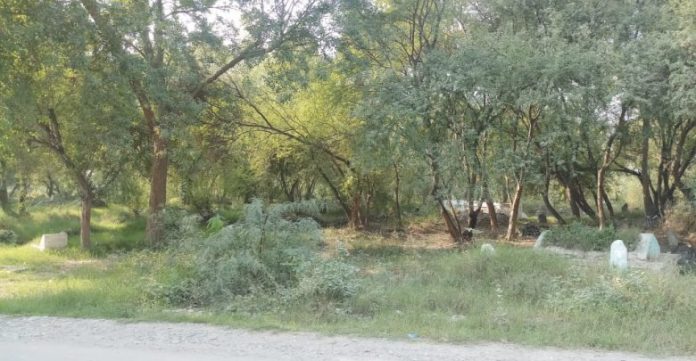 PESHAWAR: Fawad Khan, a 33-year-old from Regi village, says that earlier in the morning he would hear beautiful sounds of birds like quails, partridges, pheasants and other birds that are now rarely heard in the village.

He believes that the reason for the bird’s disappearance is the common practice of hunting among other factors. Fawad says the large habitat of these birds was Regi graveyard where their prey is the most common, and there is an urgent need to impose a ban and keep a check on illegal hunting.

Regi village is located on the outskirts of Peshawar, behind agricultural University, on Palosai road. The cemetery of Peshawar, which is one of the largest cemeteries in the district, covers approximately 600 acres of land. Here large trees, as well as small plants and herbs, have transformed this cemetery into a forest.

Besides wild animals, there are also a variety of birds including brown and black partridges, pheasants, quails, partridges, and other species of birds, but now due to regular hunting, according to the local population, their number has significantly decreased.

In a conversation with TNN, a Regi resident Kashif said that people from outside come here for hunting, killing birds as well as wild animals. Before this, there were a lot of wild rabbits which have not vanished as hunting dogs have wiped out its population.

The 45-year-old Mujahid also said that the graveyard had brown as well as black quails that can no longer be seen here. He said that the Wildlife should pay attention to this place and stop this illegal prey of wild animals and birds. Mujahid said that there is now the hunting of brown partridges in full swing in Regi cemetery and expressed the fear that this breed would be wiped out soon.

He asked the government to arrest hunters and punished them harshly so that the birds could not be destroyed and the beauty and atmosphere of the area remain intact and maintain the natural biodiversity.

Kashif demanded that wildlife keep the environment beautiful and balanced, and that is why the Department of Wildlife has to ban its hunting and protect the species from complete extinction.