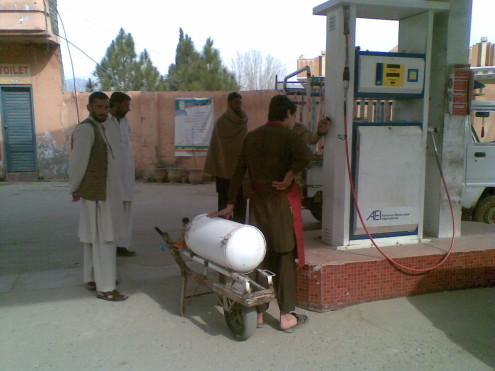 MINGORA, July 5: Illegal use of compressed natural gas (CNG) tanks has been on the rise in shops and tandoors (ovens) in Swat district that may cause mishaps.

They say some shopkeepers use CNG tanks for running electricity generators as there is no check on it.

A local resident told TNN, “It’s very dangerous and illegal. The government must ban it completely. It may explode and cause human and material losses.”

The Additional Commissioner of Swat, Mr Hamid Ali, said they were taking action against people using CNG tanks for various purposes. “We will continue to conduct raids to discourage the practice,” he added.