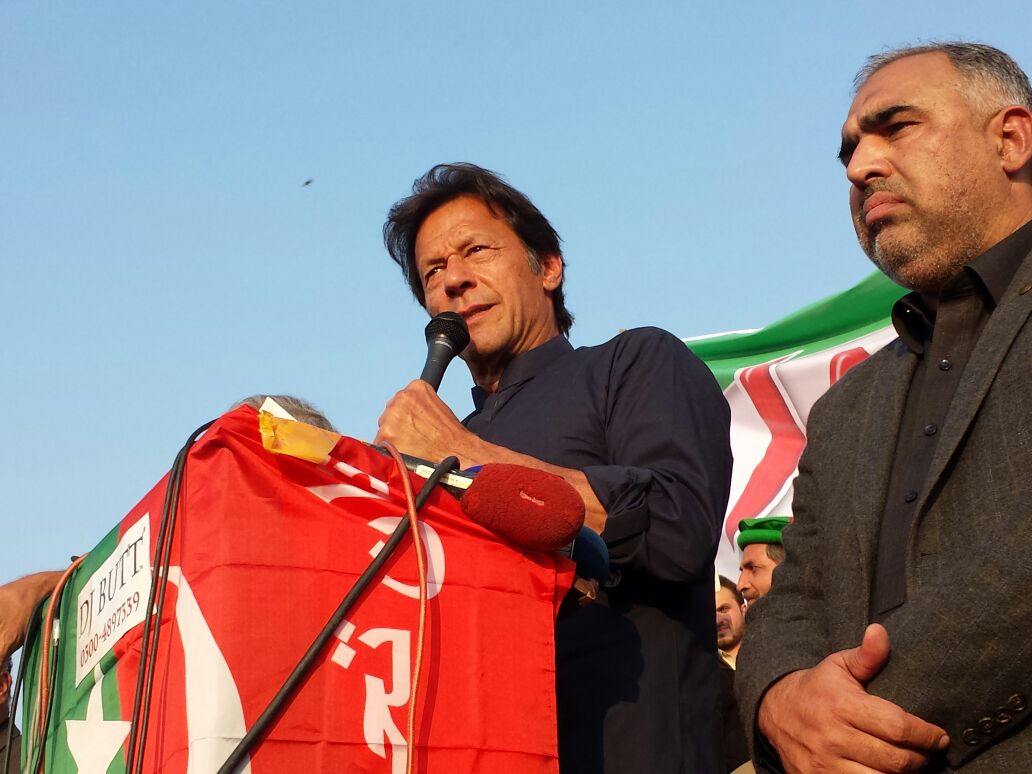 SWABI, 25 December: Pakistan Tehreek-e-Insaf (PTI) Chairman Imran Khan on Sunday asked the federal government to remove reservations of smaller provinces on the China-Pakistan Economic Corridor (CPEC), saying it would lead to unrest in the country.

Addressing a big public meeting here the PTI chairman said that Prime Minister Nawaz Sharif had been concealing details of the mega project from the beginning and the government never shared the actual status of the project with the public.

He further said that frequent visits of the Sharif brothers to China had further created doubts about the project.

Imran Khan seconded Khyber Pakhtunkhwa Chief Minister Pervez Khattak and said PM Sharif should convene an all-parties conference on the issue. “If the government gives priority to the western route of the corridor, a new era of development would start in the backward districts including DI Khan, Karak, Mianwali and undeveloped areas of Balochistan.

“Had I been in place of Prime Minister Nawaz Sharif, I would have preferred the interests of poor people,” Imran Khan said.

The PTI chairman said the KP government had no problem with the Chinese government, rather it had been facing problems from the federal government.

He also criticized the PMLN government and Prime Minister Nawaz Sharif over the Panama Leaks and vowed to continue his anti-corruption stint even if he did not get ‘justice’ from the court.