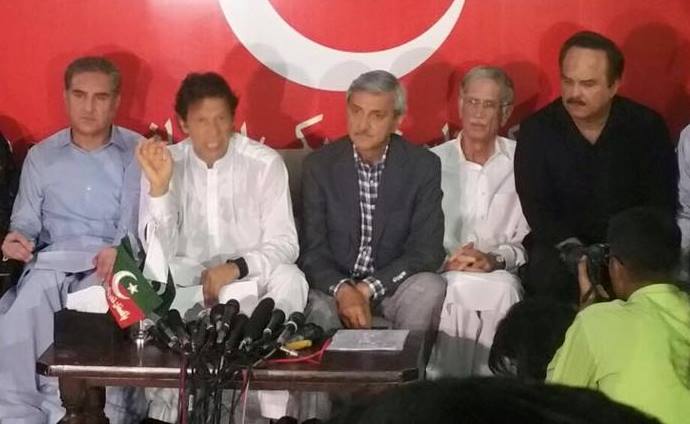 PESHAWAR, 26 July: The Pakistan Tehrik-e-Insaf (PTI) chairman Imran Khan said on Saturday that he is disappointed with the decision of the judicial commission investigating rigging allegations in the 2013 general elections as his expectations were high.

Addressing a press conference in Islamabad, the PTI chief said despite disappointment he accepts the decision of the inquiry commission. Mr Khan said all the political parties, including Prime Minister Nawaz Sharif, had complained of irregularities in the 2013 polls. He said it would have been better had the judicial commission taken some more time to investigate irregularities.

The judicial commission has said no conclusive evidence about organised rigging in the general elections was found. However, it said mismanagement occurred during the polls and the PTI was justified in seeking probe into the whole issue.

The PTI chief said the judicial commission has declared the PTI’s demand justified, therefore the Pakistan Muslim League-Nawaz (PML-N) should not seek apology from him. He said rather the prime minister should seek apology for compelling him to hold sit-in after he refused to open four constituencies for rigging probe.