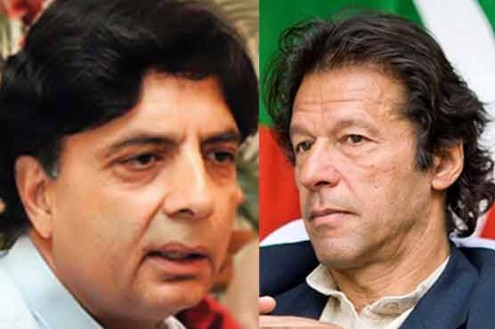 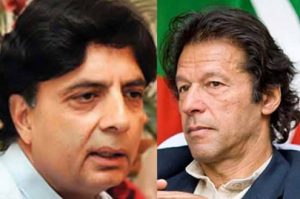 Addressing his party’s long march in the federal capital Islamabad last night, he asked people to stop paying taxes or the bills of electricity and natural gas till the prime minister resigns.

He warned that if his demands were not fulfilled, his supporters would cross into Red Zone of the federal capital. The Red Zone houses key buildings such as presidency, prime minister’s house and parliament.

After the call of Mr Khan for civil disobedience movement, the government has decided to solve the problems through talks with the PTI and PAT leaders.

Interior Minister Chaudhry Nisar says two separate committees were set up for talks with both the political parties, including leaders of both parties in the parliament.

Mr Nisar said all the rightful demands of both the parties would be fulfilled.