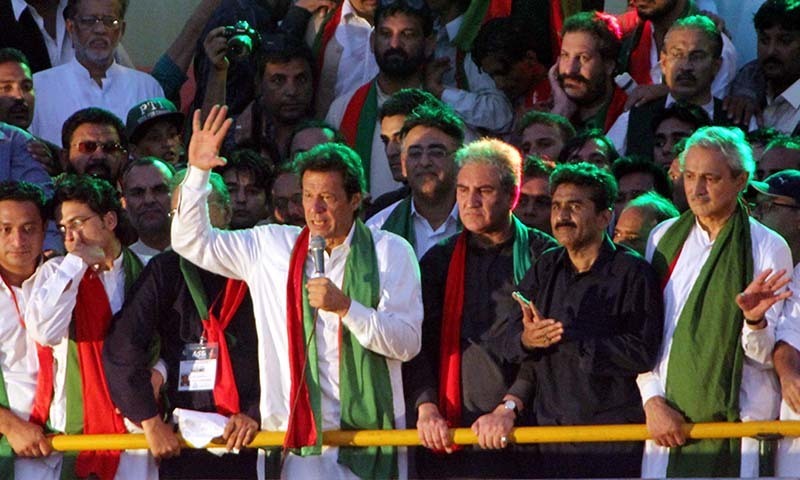 Addressing a public rally in Karachi on Tuesday night, Imran Khan said the prime minister has not bothered to answer his questions on Panama Leaks scandal which has compelled him to go for a march on Raiwind.

Mr Khan said he knocked the doors of all institutions for accountability of the prime minister, but no one took action. He also criticised the National Assembly Speaker Ayaz Sadiq for rejecting reference against the premier and accepting the same against him.