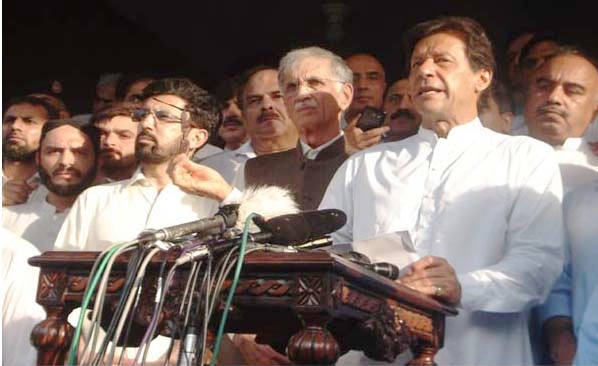 Addressing a press conference along with KP Chief Minister Pervaiz Khattak and other provincial ministers in Islamabad on Monday, Imran Khan said Rs2 billion funds were released for local government representatives during the reign of former President General (Retd) Pervez Musharraf, but now the KP government has increased these funds to Rs33 billion.

On the occasion, Mr Khan presented a 13-point development charter for the province. He also announced start of accountability movement against the federal government from 7 August.