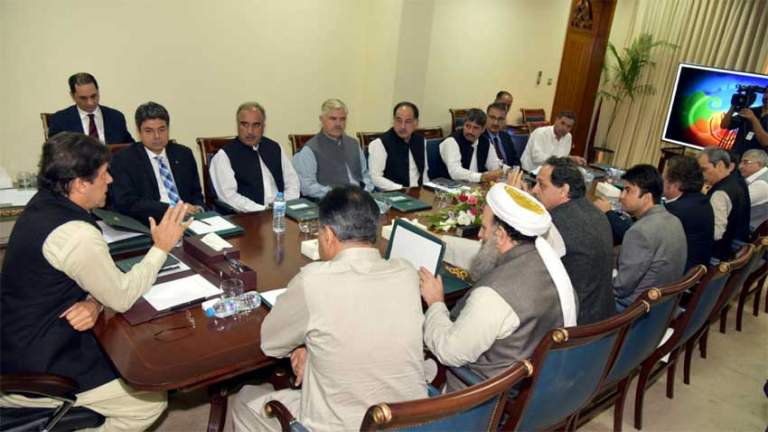 PESHAWAR: Prime Minister Imran Khan Tuesday said the government will provide all necessary resources for the development and merger of Fata with Khyber Pakhtunkhwa.

The premier said this while chairing a meeting on Fata-KP merger in Islamabad. The prime minister said a new system will be implemented in Fata with the consultation of tribal leaders.

Imran also urged to provide better health and education facilities and said that new employment opportunities will also be provided to the young people. He said the government will announce new development packages for the tribal districts in National Finance Commission (NFC) Award.

PM Imran ordered the authorities concerned to ensure consultation with the tribal people over the implementation process. He also directed to provide more employment opportunities to the youth of erstwhile Fata, while ensuring that no one loses his or her job in the lengthy process. He said the quota fixed for tribal districts in the educational institutions should not be affected.

Imran Khan also stressed to intensify the efforts for introducing the local bodies system in the tribal districts.

The meeting came few days after the prime minister formed a task force for Identification of impediments and facilitation of the merger of Fata and Pata with KP.