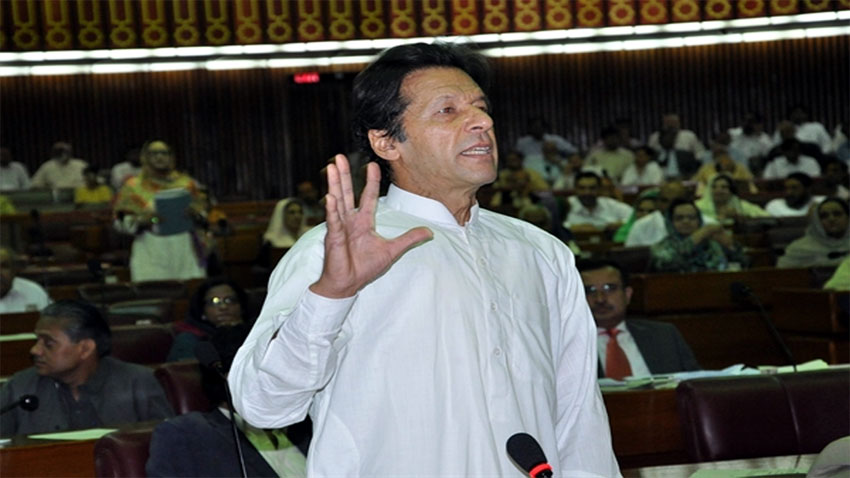 PESHAWAR: Prime Minister Imran Khan on Tuesday defended his announcement of granting citizenship right to the children of Afghan refugees and Bengalis born in Pakistan.

Speaking at the floor of National Assembly, the prime minister said the government has not made any decision in this regard and the issue is open for parliamentary debate.

Two of Pakistan Tehreek-e-Insaf (PTI) allies have raised concerns on the government steps in this regard, while the Pakistan Peoples’ Party (PPP) too Monday expressed reservations over the matter.

While responding to the criticism in the National Assembly, Imran Khan stated that these people are living in miserable conditions and are being exploited. He said those Afghans whose children have grown older here, who were born in Pakistan, they would also be issued the passports and ID cards. He also noted that Bengali immigrants and Afghan refugees have created an “underclass” in Karachi that has helped fuel street crime in the metropolis.

The premier maintained that no international law allows any country to forcibly repatriate refugees, while children born in a particular country are naturally considered citizens of that country worldwide. He implored the NA to think of refugees like fellow human beings not aliens.

The prime minister also said that Pakistan is working with the United Nations High Commissioner for Refugees (UNHCR) for voluntary repatriation of Afghan refugees to their homeland.