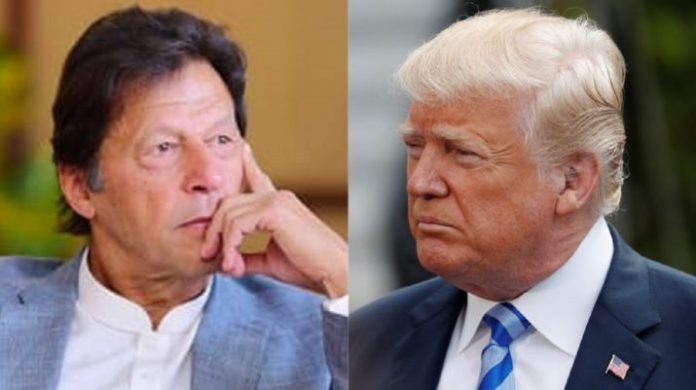 PESHAWAR: Prime Minister Imran Khan and the US President Donald Trump have discussed the Kashmir issue via telephonic line, says Foreign minister Shah Mehmood Qureshi to the media on Tuesday.

The foreign Minister that the telephonic conversation between the two leaders took place on August 16 where Trump informed PM Khan that he has already talked to PM Modi and discussed the security situation in the region after India stripped Kashmir of its special constitutional status.

Qureshi furthered that after his talks with PM Modi, President Trump has phoned PM Khan where Khan made it cleared that due to the August 5th move on Indian held Kashmir, the security situation in the region has worsened.

PM Khan furthered the Indian move on Kashmir has violated the international law and the resolutions of the United Nations Organization (UNO) on Kashmir. Khan further asked Trump to press the Modi regime to stop Human rights violations in Kashmir and send world human rights teams to the Himalayan region to show the world atrocities meted to innocent Kashmir by Indian security forces.

Imran also urged Trump to press the Modi regime to vacate the curfew imposed for the last 15 days in Jammu and Kashmir.

President Trump in a tweet also said that he has talked to both the leaders and discussed bilateral issues including Kashmir. “Spoke to my two good friends, Prime Minister Modi of India, and Prime Minister Khan of Pakistan, regarding Trade, Strategic Partnerships and, most importantly, for India and Pakistan to work towards reducing tensions in Kashmir. A tough situation, but good conversations!”

Saudi Crown Prince Muhammad Bin Salman has assured Prime Minister Imran Khan of full support on Kashmir issue. Both the leaders have discussed the issue via telephone line which is the part of the PM efforts to contact world leaders after India unilaterally removed Kashmir of its special constitutional status.

Arab media has reported that during the talks the prince has assured the Pakistani side of full support on the Kashmir issue. This was the second telephonic conversation of PM Khan with the Saudi prince.