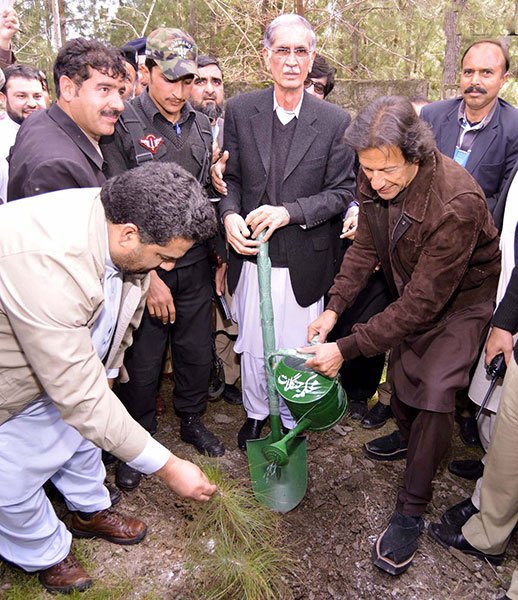 Under the tree plantation drive, which is part of the Billion Tree Tsunami project, about 110,000 saplings would be planted in the Regi area.

Speaking on the occasion Imran Khan hoped the government would achieve its target of planting one billion trees in the province within five years.

Khyber Pakhtunkhwa chief minister pervez khattak and other relevant cabinet members and government officials were also present on the occasion.

Imran Khan said all the previous governments during the past 69 years, could only manage to plant 600 million plants. He said the mass scale plantation would have a better impact on the future of the country.