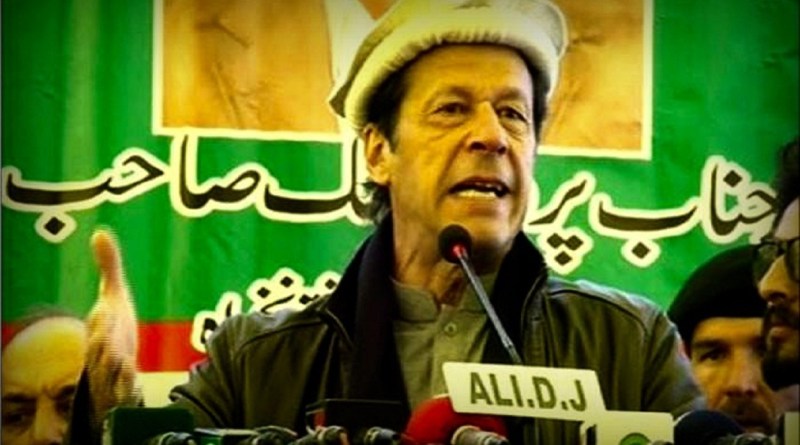 Khyber Pakhtunkhwa provincial cabinet members and senior leadership of the party also attended the inauguration ceremony.
According to provincial government, a Chinese company build the power station at the cost of Rs 20 billion.

Meanwhile, ANP Senator Zahid Khan claimed that the project was inaugurated in May 2012 by the then Chief Minister, Amir Haider Hoti. He alleged that PTI want to take credit of projects launched by others.

Lawi is the biggest ever power project undertaken by the Pakhtunkhwa Energy Development Organisation (Pedo) in Chitral which had been initiated by the previous ANP government, but no allocation was made for it in the budget and it remained in cold storage.

While addressing the inauguration ceremony, Imran Khan said that ANP government had only laid foundation of the project, however, PTI government has allocated Rs 20 billion for the project.

ANP workers has also started heated debate on social media and castigated the PTI leaders for inaugurating the power project which had been initiated by its chief minister Amir Haider Hoti five years ago.

ANP workers are of the view that the PTI leaders were trying to hoodwink the people by inaugurating the mega power project started by their party.

During his visit, Imran Khan also laid foundation of water supply scheme in Drosh area to be completed at the cost of Rs 30 million.