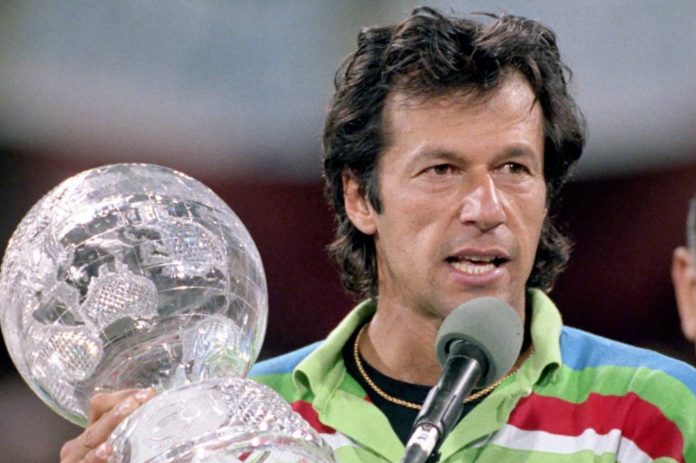 PESHAWAR: The leading cricket website ESPN Cricinfo has released a list of all-time World Cup XI which has been captained by former Pakistan captain and now Prime Minister Imran Khan, while Sultan of swing Wasim Akram also features in the team.

Prime Minister Imran Khan, who was captain of Pakistan champion team during the 1992 mega event, has been picked to captain the star-studded all-time World Cup team.

Wasim Akram’s heroics in the 1992 World Cup, including his famous back-to-back dismissals of Allan Lamb and Chris Lewis, probably earned him unanimous nods. He has been given the title of Sultan of swing bowling for his outstanding capabilities.

The website says 22 members of the staff picked their alI-time World Cup XIs, from which they compiled a composite team. A total of 39 players featured in at least one of those 22 individual teams. Ten players featured in half or more of the sides. Of these, Wasim Akram was the only unanimous choice.

Five-time champions Australia have the most players on the list. And each one of Adam Gilchrist, Ricky Ponting, Shane Warne and Glenn McGrath fully merit their selection. Gilchrist was by and far the best wicket-keeper batsman in the ODI format, while McGrath was the most difficult bowler to play. All these four Australian players played crucial role in the successful World Cup campaigns of their team. 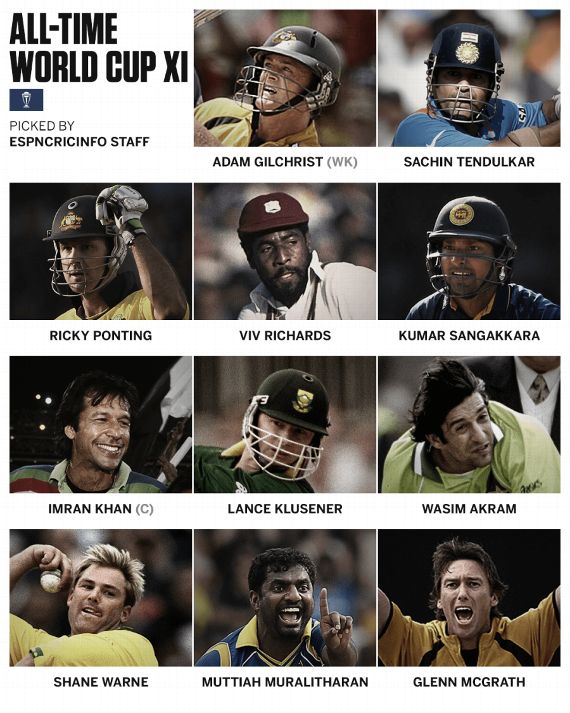 The only two players who have been picked despite never being the world champions are Sri Lanka’s Kumar Sangakkara and South Africa’s Lance Klusenar. The battle for the final spot was a close one: Kumar Sangakkara pipped the likes of Sanath Jayasuriya, Steve Waugh, Kapil Dev and AB de Villiers.

The only player from the non-coloured-kit era to make the list is West Indian Vivian Richards, who famously starred in two World Cup finals: running-out three English batsman in 1975 and smashing a century four years later.

India, meanwhile, only has a single representative on the list in the form of Master Blaster Sachin Tendulkar.