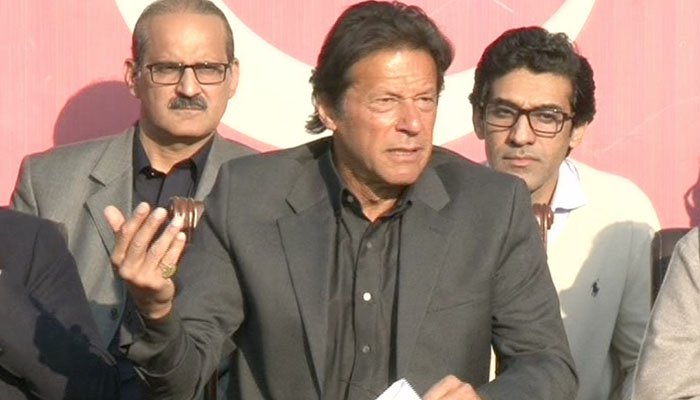 LAHORE: Pakistan Tehreek-e-Insaf Chairman Imran Khan on Thursday said that how he would respect a parliament that has criminals and criticized the ruling party for destroying it.

Declaring Foreign Minister a security risk, he said it was people like Khwaja Asif and Nawaz Sharif who destroyed the parliament. He said there was no assembly in the world that made laws to protest criminals, adding that he wanted to use more harsh words but refrained.

He came down hard upon the ruling party for passing Election Bill 2017 that paved the way for former prime minister Nawaz Sharif to be re-elected as the head of the ruling PML-N.

Opposition parties led by Pakistan Awami Tehreek had held a gathering on Lahore’s Mall Road, kick-starting their campaign for the ouster of the PML-N government on Wednesday where PTI chairman said that he cursed the parliament.