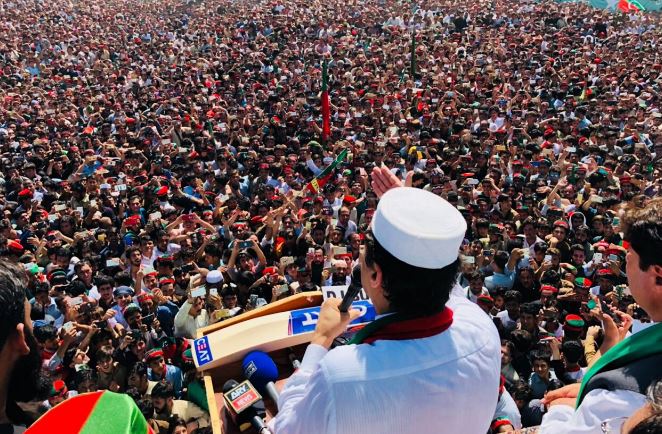 Addressing a public rally in Swat, he said this was the beginning of new Pakistan when looter of public wealth would be put jails.

Imran Khan hoped that a new Pakistan is about to dawn on 26th of this month when people of the country will overwhelmingly elect PTI in the general election.

PTI chief Imran Khan has urged people to vote for his party’s candidates for a new and corruption free Pakistan.

He said corruption has plagued the country, which was initiated by Nawaz Sharif during the 1990s. He said rulers had destroyed state institutions to hide their corruption.