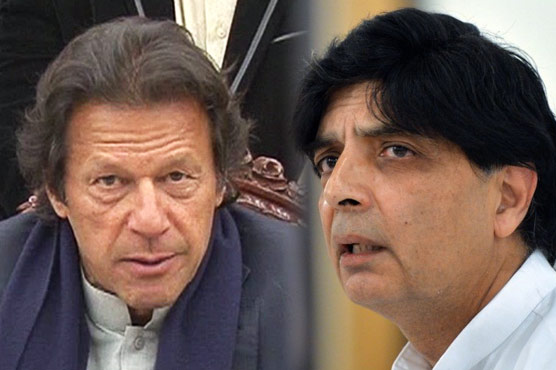 Speaking at a press conference at Lahore, he said that the invitation was sent after his old friend Chaudary Nisar had refused to take orders from Maryam Nawaz, daughter of former prime minister Nawaz Sharif.

“I’m happy to see that Nisar refused to take orders from someone who has no position other than being daughter of an ousted prime minister”, said Khan.

Speaking about horse trading in Senate elections, he challenged other political parties to disclose names of those who were involved in selling votes.

“Show cause notices have been sent to those lawmakers who sold their conscience”, Khan said however their names will be sent to NAB if they failed to present themselves before the party’s investigation committee.

Khan also claimed that he was offered Rs 45M to elect a senator however he refused to take that person’s name as he declined it, Khan added that this shows similar offers were given to party heads of other political parties but none of them ever discussed it.

Answering a question about the Election Commission of Pakistan, Khan said that the main purpose of the ECP is to allow a neutral setup otherwise fair and transparent elections are impossible.