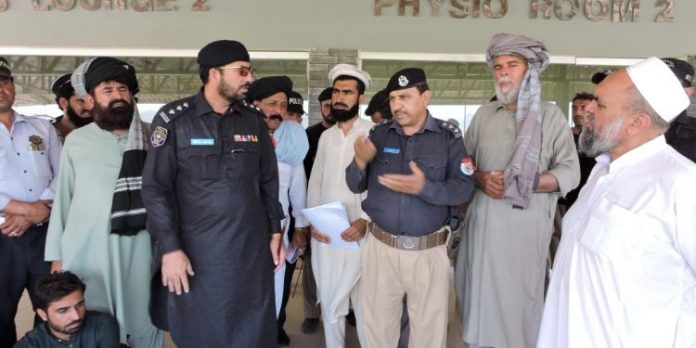 NORTH WAZIRISTAN: For the first time in the history for North Waziristan, driving licenses have been issued by the Khyber-Pakhtunkhwa traffic police on Monday. The TNN reporter has reported that the new license holders have undergone medical and driving tests under the professionals of the KP traffic police.

After the tests, only those were given the license to drive the vehicles, who have cleared all tests successfully. The District Police Officer (DPO) of North Waziristan Shafi Ullah Gandapur and Bannu region DIG Abdullah in a meeting has decided that there is a need to issues driving licenses in Miranshah instead of making the people travel to Bannu to obtain licenses.

The people of Miranshah have to visit Bannu for driving licenses which was time-consuming job and the people of the district were demanding the government to provide this facility at their own district.

After the meeting, the DPO has issued directions that immediately a committee be constituted to start work on the provision of license in North Waziristan. For this purpose, a mobile unit was prepared to provide licenses in their own localities. After all the efforts, the provision of licenses was finally made possible for the drivers in Miranshah.

On this occasion, the Bannu headquarters superintendent (SP) of Police Atteeq Husain has said that after the merger, all efforts are being made to ensure best facilities to the people of tribal districts in their own areas. He added the tribal people have offered numerous sacrifices along with the police and the Pakistan army to bring durable peace in the tribal areas.