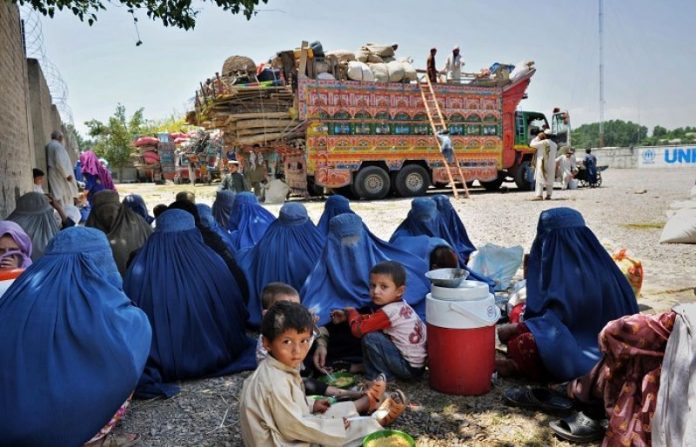 PESHAWAR: Prime Minister Imran Khan has issued instructions allowing Afghan refugees living in Pakistan to open bank accounts. However, the order is only for those refugees who have registered themselves.

PM Khan has made this announcement through a Tweet on Monday.

“I have issued instructions today that Afghan refugees who are registered can open bank accounts and from now onwards they can participate in the formal economy of the country,” PM Khan said in one of his tweets on Monday.  The premier further said that this should have been done a long time ago so that they could become part of the country’s economy.

Pakistan, home to one of the world’s largest refugee populations, hosts more than 1.4 million registered Afghan refugees, the majority of whom fled the Soviet invasion in 1979. It is estimated that there are around 2.3 million Afghans ‘refugees’ living in cities across Pakistan however, according to United Nation High Commissioner for Refugees (UNHCR) only 1.4 million are registered with the government and the rest are undocumented.

On September 28, Prime Minister Imran Khan ignited a national debate with a controversial vow to grant citizenship to Afghan refugees born in Pakistan. “We will issue passports to all those Afghans whose children were born here and grew up in Pakistan,” Imran Khan made the announcement at a fund-raising dinner in Karachi. He added that “When you are born in America, you get the American passport. It is the practice in every country in the world, so why not here? Why are we so cruel to these people? They are humans.”

However, due to backlash from politicians, the general public and other quarters concerned Imran backtracked from his statement and said that no such decision had been made by the government, adding that he has raised the issue for citizenship for Afghan refugees “just to initiate a debate”.