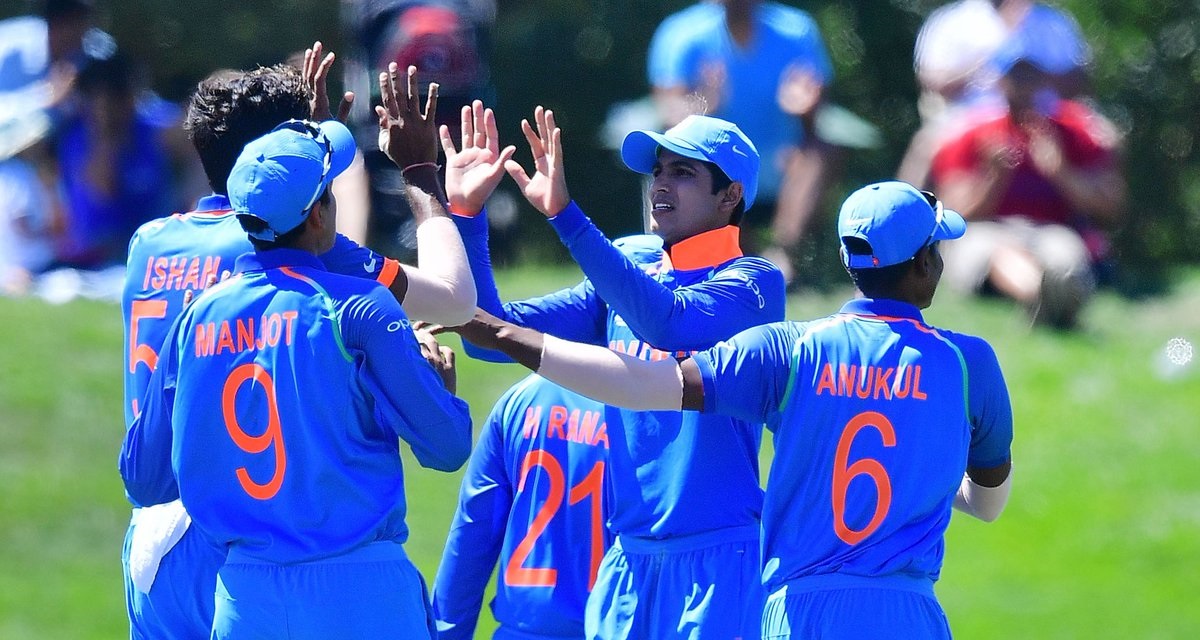 PESHAWAR: India have handed a massive defeat to Pakistan in the semi-final of the Under-19 World Cup by 203 runs and set a final clash with Australia.

India after deciding to bat first after winning the toss at Christchurch, New Zealand, scored 272 runs for the loss of nine wickets. Pakistan showed a disappointing batting performance and the whole team were out on 69 runs in 21 overs. Shubman Gill was declared player of the match for his brilliant century.

The final of the event will be played between India and Australia.