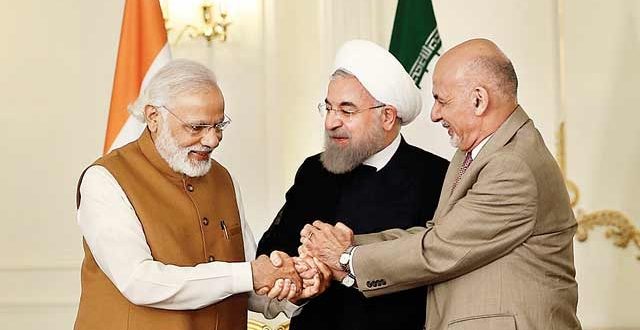 KABUL, 30 October: India has shipped its first ever consignment of wheat to Afghanistan by sea through Iran’s strategic Chahbahar Port to play its role in development of the war-torn country.

The shipment via Iran is being considered a diplomatic achievement of India by launching a trade route bypassing longtime rival Pakistan. Pakistan has been refusing to allow India to transport its goods through its territory to Afghanistan because of hostility.

The shipment, an Indian gift for Afghanistan, was sent from the western seaport of Kandla that would be transported through trucks to Afghanistan.

The United States President Trump, under his new strategy for South Asia, asked India to do more to help Afghanistan’s development.

Indian External Affairs Minister Sushma Swaraj said the shipment marked the convergence among India, Afghanistan, and Iran to spur an unhindered flow of commerce and trade throughout the region.a