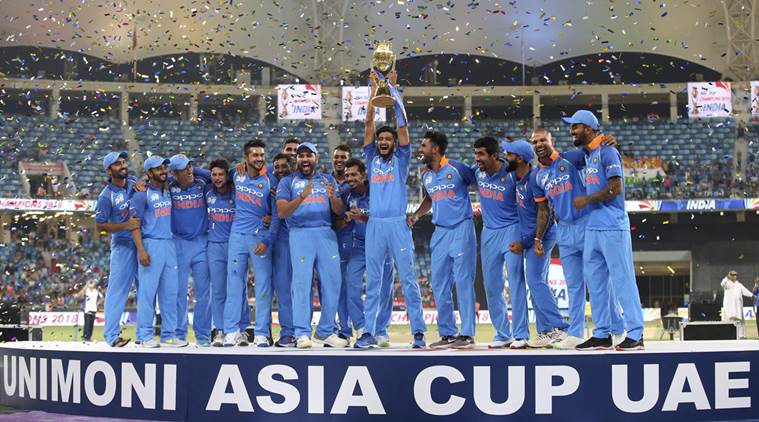 PESHAWAR: Indian won the Asia Cup title seventh time on Friday after defeating Bangladesh in a last-ball thriller in Dubai.

India after winning the toss invited Bangladesh to bat first and restricted them to 222. Liton Das was top run getter for Bangladesh with 121 runs. For India, Kuldeep Yadav took three wickets, while K Jadhav took two wickets and did not allow Bangladesh batsmen to bat freely.

India clinched the target on the last ball of their innings with three wickets to spare. Rohit Sharma top scored with 48 runs, while the middle and lower middle order also contributed and managed to reach the target.