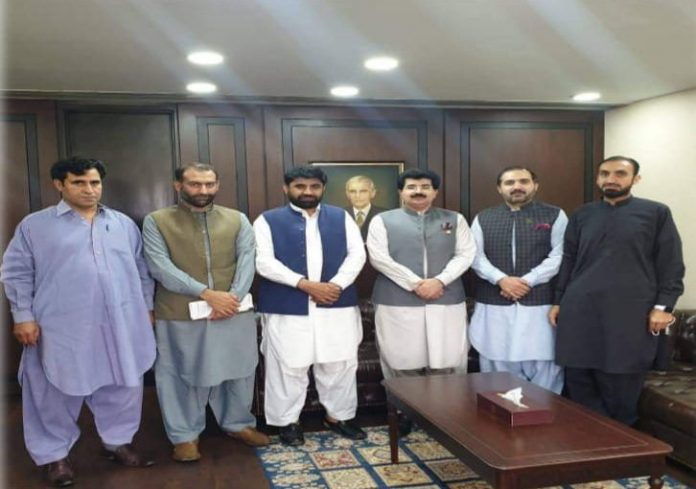 PESHAWAR: The Senate Chairman Sadiq Sanjrani has assured the industrialists of Bara in Khyber tribal district that the government will give tax exemptions in tribal districts and an industrial zone will also be established in these areas to provide job opportunities to local youth.

The delegation informed Sadiq Sanjrani about problems faced by industrialists. They complained that the announcement of the government of giving five-year tax exemption to tribal districts after merger with Khyber Pakhtunkhwa was not implemented due to which they were facing problems. They also expressed concerns over hefty taxes imposed on them in the tribal districts.

The industrialists said they are facing a difficult situation after the merger of erstwhile Fata with KP. He said industries may be closed if these difficulties are not addressed in time. They said the dream of industrial zone in tribal districts cannot be realised unless these areas are declared tax-free zone.

Sadiq Sanjrani summoned the officials of the Federal Board of Revenue (FBR) and other relevant officials and directed them to immediately find a solution to the problems of industrialists.

The issue of imposition of taxes in tribal districts has become a bone of contention since the merger as the tribal people are of the view that they are exempted from taxes for the next five years.

Recently tension was created in Khyber tribal district when transporters and owners of heavy vehicles refused to pay toll tax.

The National Highway Authority (NHA) was collecting tax from heavy vehicles due to which the heavy vehicle owners and drivers lodged protest. Violent protesters had also demolished the toll plaza. The protesting tribesmen had also blocked the Pak-Afghan Highway several times to lodge their protest against imposition of taxes.

The KP cabinet has already exempted tribal districts from all provincial taxes.