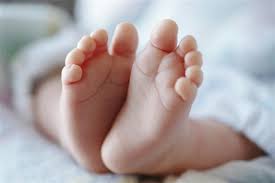 NOWSHERA: A man in Nowshera has alleged that his new-born daughter died due to unavailability of timely treatment at Qazi Hussain Ahmed Hospital.

Mian Said, a local resident, said her wife gave birth to a girl at the District Headquarters Hospital, but he brought her to Qazi Hussain Ahmed Hospital due to lack of incubator there. He alleged that the lady doctors on duty there refused to admit his daughter and provide her an incubator. He said he requested everyone for help, but in vain. He said his daughter died in his hands as she did not get timely treatment.

The relatives of the deceased infant kept the body at the hospital and staged a protest against the attitude of doctors.

The hospital administration has refused to offer any comment over the matter.