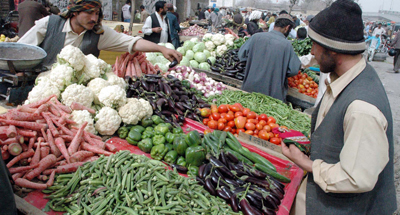 PESHAWAR: Sumbal, 29, is working as house maid to feed her family and fulfill their needs. Sumbal’s father used to guard a railway crossing in Peshawar, opening and closing the gate whenever train arrived and left. Sumbal was the eldest of 10 siblings.

Rising inflation and poverty made it difficult for him to feed his family. Soon he felt himself unable to feed his family a single time meal, forcing Sumbal to work as house maid.
Sumbal was very fond of education and wanted to become a doctor; however, poverty forced her to abandon her education after intermediate to contribute to family’s struggle to survive.

These days Sumbal goes to houses and does cleaning and babysitting. Her entire family is dependent on her as their sole bread winner.

“It was my dream to become a doctor and complete my education but poverty forced me into menial work,” she told TNN. Sumbal said that she wanted her siblings to complete their education which she herself was unable to do.

The rising inflation and resultant poverty has made it difficult for common people to eat three square meals.

The situation is so bad that if we look around, we will find several Sumbal, struggling to survive. We came across people on every groaning under the weight of the never ceasing increase in prices of essential commodities.

In such deplorable conditions, the poor are becoming poorer and the rich growing rich. When high inflation joins hand with poverty, life becomes unbearable. It becomes more miserable and painful.

High inflation is like adding insult to injury for the poor. Millions of poor people are now living in an even extreme form of poverty, which is on the steady rise.

Inflation jumped to 14.6 percent, the highest in the last one decade.

Food inflation in urban areas rose by 19.5 percent in January on a yearly basis and 2.5 percent on a monthly basis whereas it increased by 23.8 percent and 3.4 percent, respectively, in rural areas. These figures clearly show that food inflation is very high in rural areas where most of the population lives.

There was a ray of hope that when the PTI government came into power, promising to restore the quality of life with minimal living wage.

The PTI agenda was to give relief to the poor people, so was the manifesto of other parties. Instead of giving relief, these governments have taken away relief from the people.

PTI carried the mission of eradicating corruption and bringing the corrupt to book, but this has not been met yet. Poverty is the direct result of the existing social and economic system and economic policies, and the high inflation exacerbating the impacts of poverty.

The simple living standard of people has been affected due to  inflation. It makes life miserable and causes mental stress. Inflation is not something that can be ignored. It is a fact that commodities of daily use are out of people reach and it is difficult for them to fulfill their basic needs.