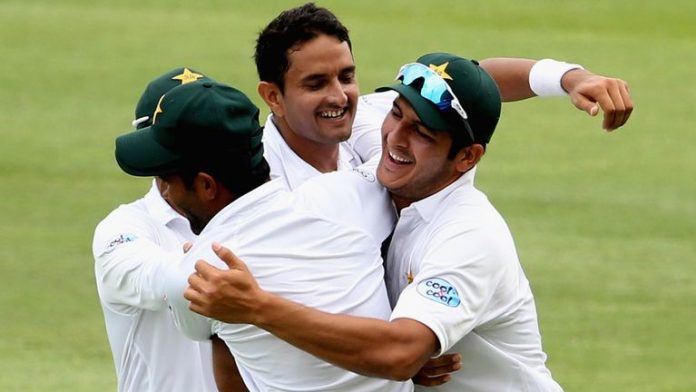 PESHAWAR: Fast bowler Mohammad Abbas and spinner Shadab Khan have been ruled out of the first Test against South Africa which will begin tomorrow (Wednesday) at the Centurion.

Mohammad Abbas sustained a shoulder injury during Test series against New Zealand which Pakistan lost 2-1. He was declared fit by the team management and selection committee for the South African tour, but he is yet to fully recover. The management has now decided that Abbas and Shadab are not fully fit for the Boxing Day Test and hoped that they will fully recover for the second Test.

Captain Sarfraz at a press conference also confirmed that Shadab and Abbas will miss the match. However, he said batsman Fakhar Zaman is fully fit. He said Pakistan enjoys the services of Yasir Shah who is in great touch and is expected to perform well.

South African squad also have some injury concerns ahead of the first Test and the final eleven haven’t been decided yet.