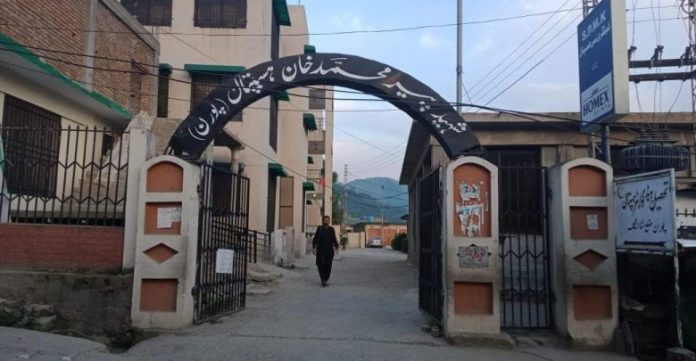 SHANGLA: Apart from the serious threat caused by coronavirus in Khyber Pakhtunkhwa and public awareness about these threats, some rumours are also circulating about the disease and the non-serious attitude of the administration sometimes give credence to such rumours.

Khan Bahadur, a person from Poran area of Shangla, is in quarantine for the last one month. His samples were sent thrice for tests, and the last sample was taken eight days ago, but still he hasn’t received the result. Waiting for the result for so long, the fate of Khan Bahadur hangs in balance amid uncertainty over his actual health status and he can’t meet anyone and spend this testing time in complete isolation.

Waqas Ali, a nephew of Khan Bahadur, told TNN that the family contacted the district administration and Health Department, but got different replies, which put them into doubt.

Yasir Ali, a family member of Khan Bahadur, said deputy commissioner Shangla was contacted when the test result was not received in time. He said the deputy commissioner replied that the test was sent to a laboratory in Peshawar the staff of which contracted coronavirus which is causing delay in test results. He said his uncle is not showing any symptoms of the disease, but still he is in home quarantine and waiting for test results for so many days.

Yasir said the staff of Shaheed Pir Muhammad Khan Hospital in Poran have now told them that the PCR machine is out of order which is causing problem in tests. He said another patient from his family, Saddam was first discharged by the hospital without any test. He said when the family insisted for test, the hospital administration gave them a result in which the patient’s name and identity card number were wrongly entered (copy available with TNN). Yasir said he feels that the test result is fake.

Medical Superintendent of Shaheed Pir Muhammad Khan Hospital Dr Ghafoor, when contacted, admitted that the test result of Khan Bahadur was delayed. He said he did not know the reasons behind the delay. He said fresh test of the patient has been taken and sent to laboratory again.

Waqas Ali said out of four coronavirus patients in the family, three have recovered. He said the family members are confined to their homes for the last one month due to inordinate delay caused in the test results by the administration. He called upon the administration to show seriousness and ensure quick processing of coronavirus tests.