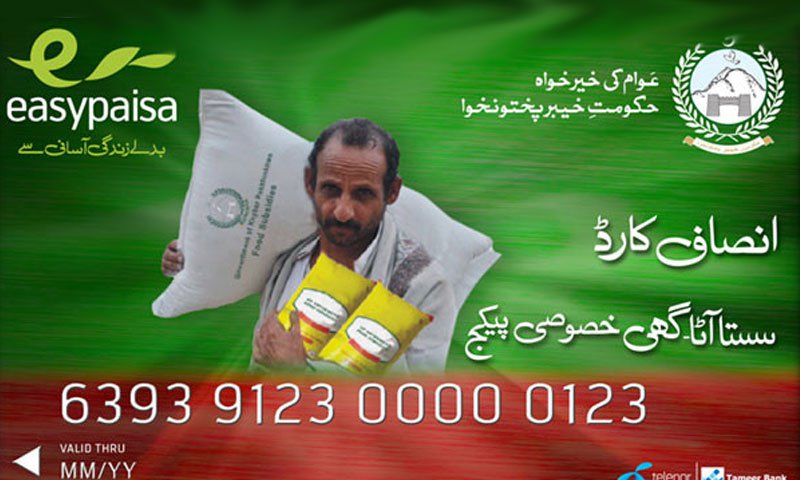 PESHAWAR, 15 July: The Khyber Pakhtunkhwa’s Insaf Card Programme to give food items to needy people has come to an end one year after its launching.

The poor people have been deprived of subsidised food items after closure of the programme which was initiated in the name of sasta atta (subsidised flour) and ghee programme. About five million people in the province were benefiting from this scheme.

The provincial government had planned to allocate funds for this programme this year too, but it came to a halt for unknown reasons.