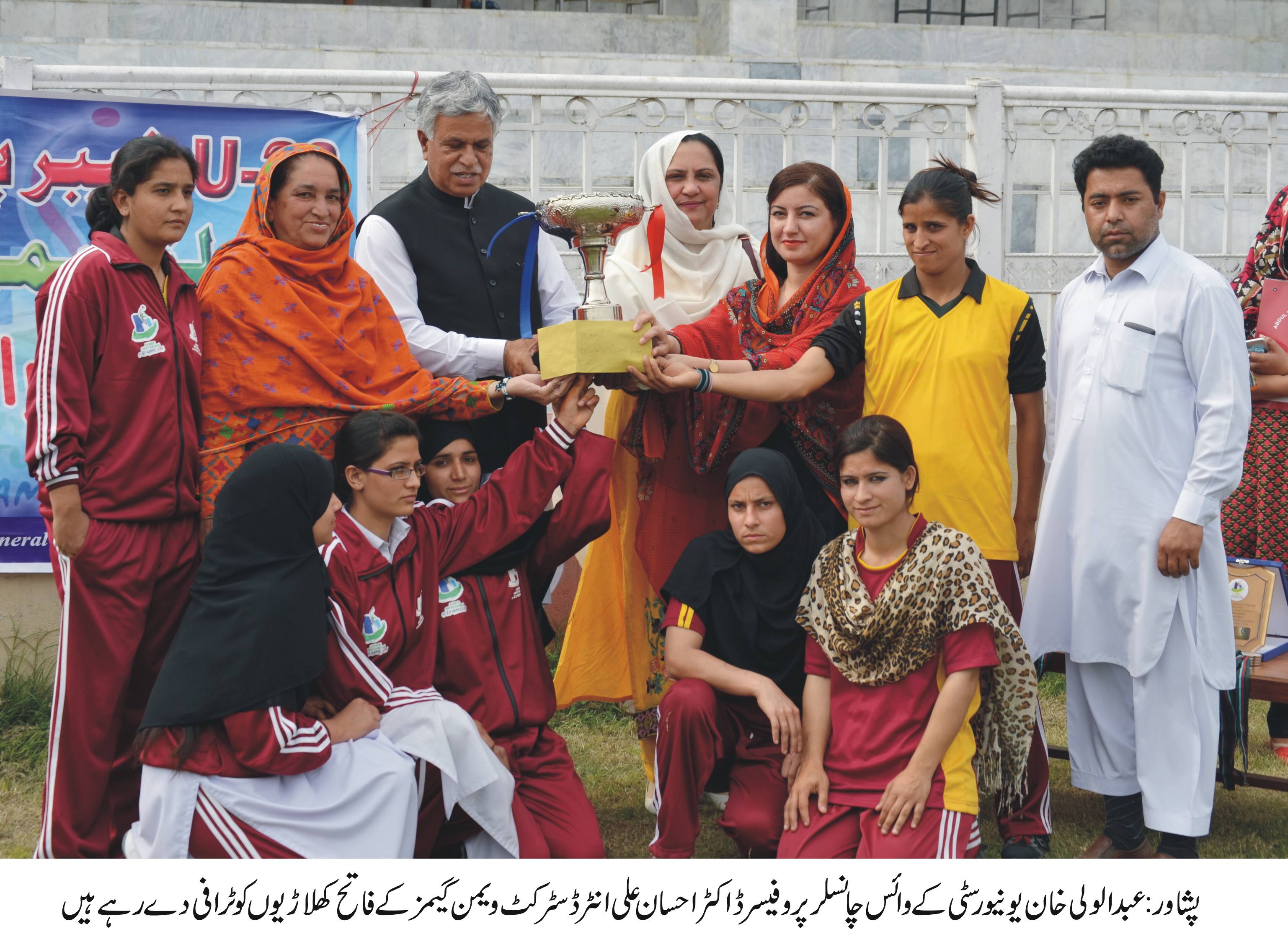 The competitions were organized by the Khyber Pakhtunkhwa sports board for the female students below 23 years of age. Teams from different colleges of Mardan, Swabi, Buner and Malakand participated in the event.

Mardan was followed by Malakand with two gold medals whereas Swabi team got third position and won one gold medal.