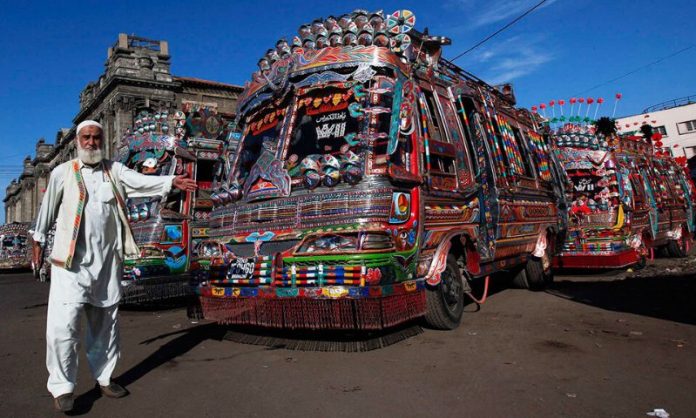 PESHAWAR: Keeping in view the needs of the people, particularly the government and private servants reporting back on duties on Monday, the National Command and Operation Centre (NCOC) on Saturday announced that the inter-provincial and inter-city will resume today (Sunday) instead of the previously announced May 17 date of resumption.

The NCOC chaired by Federal Minister for Planning, Development and Special Initiatives Asad Umar met in Islamabad on Saturday to review the implementation of standard operating procedures (SOPs) throughout the “stay home, stay  safe” May 08-16 period that had been set to curb the spread of coronavirus.

The NCOC expressed satisfaction on compliance of SOPs during Eid holidays which brought down corona cases. The forum appreciated the efforts of all stakeholders, especially the cooperation rendered by public across the country.

According to the NCOC decisions, all inter-provincial, inter-city and intra-city public transport to resume from today instead of previously given date of May 17 (Monday). The transport will, however, be operative with 50 percent occupancy of passengers. Railways will maintain its operation with 70 percent occupancy. All markets and shops will remain open till 8:00pm from Monday onwards. Normal working hours for offices will be resumed from Monday onwards with the condition of 50 percent work from home.

A review of the remaining guidelines will be carried out on May 19. The NCOC emphasised on the continued monitoring of SOPs enforcement and appealed to public for adherence of these SOPs.

Colleges, universities in KP closed till May 23

Special Assistant to Khyber Pakhtunkhwa Chief Minister on Information Kamran Bangash has said that the provincial government has decided to extend the closure of all public/private colleges and universities till 23rd May as a precautionary measure to avoid the spread of coronavirus.

In a statement, the special assistant said the decision was taken in the light of the federal government’s directives communicated on the corona situation.

Meanwhile, the KP government decided to purchase corona vaccine and a summary has been sent to Chief Minister Mahmood Khan for approval.

KP Secretary Health Syed Imtiaz Hussain Shah said the government would purchase one million doses after approval from the provincial cabinet. He said police, teachers and other civil service providers would be vaccinated.