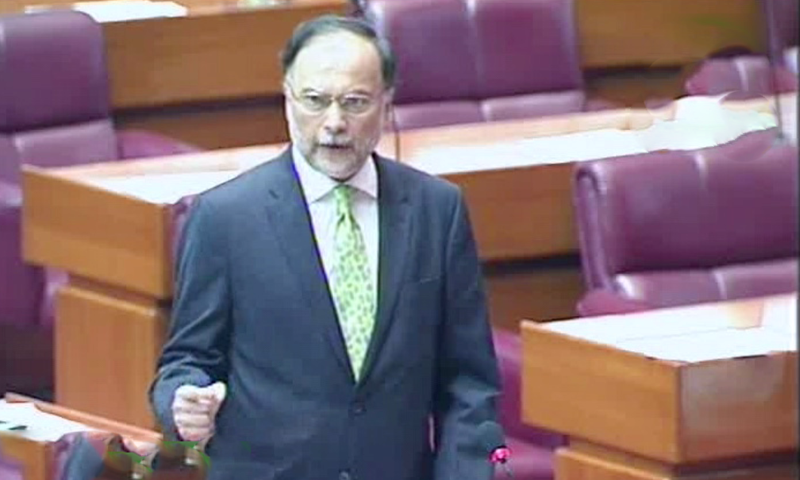 Speaking in the National Assembly during the general debate on the recently amended Elections law, the Interior Minister said that inciting public sentiments on religious matters is highly unacceptable.

Ahsan Iqbal said that no group has the right to declare jihad or issue fatwa against another group. It is the sole prerogative of any Islamic republic to declare jihad, he added.

He contended that if individuals are allowed to do this, the country will turn into a battlefield with various groups and ethnicities.

Meanwhile, the National Assembly unanimously passed amendments to the Election Bill 2017, restoring the Khatam-e-Nabuwat (finality of the prophethood of Muhammad SAWW) declaration required to be signed by public office holders to its original form.

The controversy had arisen following an amendment passed by the ruling coalition in the election law which changed the contents of a form regarding belief in Khatam-e-Nabuwat, which is required to be signed by public office holders and election candidates.

The amendments passed were agreed upon by members of parliamentary parties after NA Speaker Ayaz Sadiq had accepted the government had made a clerical error.

Opposition parties and public sectors have strongly condemned the government for making amendments in the election law.