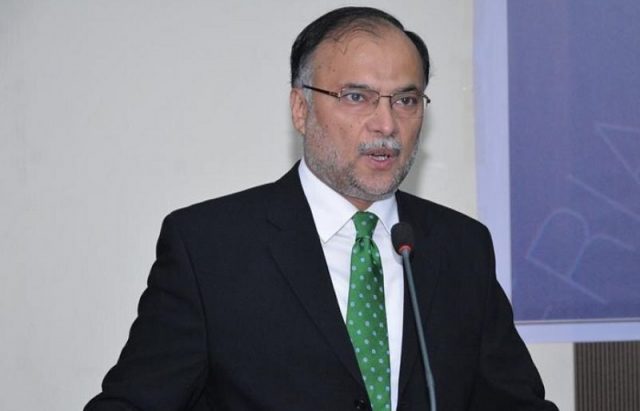 ISLAMABAD: Interior Minister Ahsan Iqbal on Monday announced an extension in the deadline for the eviction of a religious parties’ sit-in from Islamabad’s Faizabad Interchange. The announcement was made after the Islamabad High Court (IHC) granted an extension.

However, the minister claimed that an extension has been granted, urging the protesters to call off their strike.

Daily life in the capital has been disrupted for nearly two weeks by protesters belonging to religious parties, including the Tehreek-i-Khatm-i-Nabuwwat, Tehreek-i-Labaik Ya Rasool Allah (TLY) and the Sunni Tehreek Pakistan (ST), calling for the sacking of Law Minister Zahid Hamid.

They also demanded strict action against those behind the amendment to the Khatm-i-Nabuwwat oath ─ which had earlier been deemed a ‘clerical error’ and subsequently rectified.