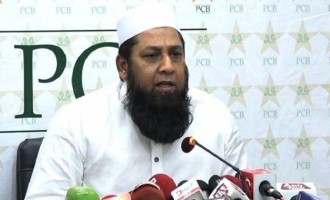 LAHORE, 23 September: Pakistan Cricket Board Chief Selector Inzamamul Haq on Saturday revealed squad for test series with Sri Lanka at United Arab Emirates’ Sheikh Zaid Stadium. He said Ahmad Shehzad was not included after he failed to prove his fitness.

Talking to reporters here, the chief selector said Sarfaraz Ahmad would lead the team while Yasir and Azhar Ali were also included in the team.

He said that gap created after Misbahul Haq and Younis Khan could not be filled and they would be missed but the team would play their best.

Meanwhile, team captain Sarfaraz Ahmed hoped that the team would take a winning start in the upcoming test series. Talking to reporters at a press conference, he said that leading a test match was difficult as compared to other format.