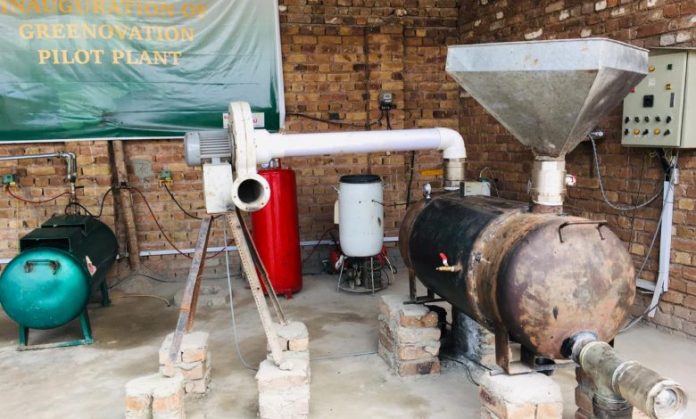 PESHAWAR: The Khyber Pakhtunkhwa government has initiated a pilot project to make liquefied petroleum gas (LPG) from plastic waste, but it is facing problems due to non-cooperation among relevant departments.

The provincial government had also launched such projects in the past, but none of these projects is functional. Adviser to Chief Minister on Information Kamran Bangash had inaugurated the project in Peshawar on July 22. He had said at the inauguration ceremony that the project will be helpful for energy production and cleanliness of the city.

According to the Directorate of Science and Technology, about 50 to 60kg gas is being produced by the pilot project by using up to 100kg used plastic. The main positive of the project is that it could be initiated on large-scale without much effort.

The project in-charge Muhammad Saad said the pilot project has cost Rs1 million, while the machinery and other charges are in addition to the main cost. He said the Directorate has sent a proposal to the Water and Sanitation Services Peshawar (WSSP) in which it has been invited for partnership for initiating the project on large scale.

Sharing details about the plan, Saad said four or five plants will be installed at various sites in Peshawar. He said that initially gas will be produced from one ton plastic waste on experimental basis at each plant and then the quantity of waste will be increased to two tons and then three tons. “With five plants, we can convert 10 to 15 tons waste into gas on daily basis,” he said.

The project in-charge said the project will cost Rs9 million which also includes machinery and working cost. He said the cost will decrease with increase in size of the project.

An official of the Directorate of Science and Technology told TNN that practical work on the project could not be initiated as they are still waiting for response from WSSP.

The WSSP, when contacted, expressed ignorance about any such proposal. The WSSP spokesman said he such proposal is not in his knowledge and he can only comment after seeing the proposal.

Another official of WSSP said on condition of anonymity that the company has started studying the project and will soon come up with response after gauging feasibility and other factors. He said many such projects are running successfully in foreign countries, but the standard of plastic waste in Pakistan is low and it can impact the project.

The idea of converting plastic waste into clean energy was first presented by Saad bin Azam who hails from Islamabad, and has got second position in an international competition last year.

Shell International arranges competition on circular economy every year with the name of Shell Global Innovation. In the 2019 competition, ideas were shared by participants from 99 countries and voting was done from 144 countries. The innovative idea of Saad got second position.

Saad said conversion of plastic waste into energy is a best example of circular economy. After winning the award, Shell International arranged a meeting of Saad with its country head who guided him on implementation of his idea.

Can this idea work?

University of Peshawar’s Environmental Sciences Department Chairman Professor Dr Hibzullah said this is not a unique idea as work on such projects is already going on in different parts of the world. He said that besides gas, diesel and electricity is also being produced from wastes. He said petroleum products are created when we burn plastic waste with a specific temperature.

Professor Hizbullah said he had conducted research for WSSP and reached conclusion that 124 megawatts electricity can be produced from plastic waste in Peshawar on daily basis. He said pilot projects in Pakistan are often not converted into commercial-level projects due to financial constraints.

Saad bin Azam said if he initiates the project on commercial level then the two-ton waste plant will cost up to Rs9 million. He said that after all expenses, the estimated cost of gas project per kg will be Rs80, while the commodity is available in market at Rs120/kg.

According to the 2007 Population Census, Peshawar’s population is 4.2 million and 3 million of them live in cities.

The sanitation of 43 union councils in the city comes under the jurisdiction of WSSP which says about 1,000 ton waste is collected in the city every day which is dumped at various sites. The waste of Cantonment area has not been included in this estimation which is also estimated at about 100 ton daily.

Environment specialist Mian Maqbool Hussain had claimed in his research in 2016 that the relevant authorities in Peshawar only lift 40 percent of the whole garbage produced in the city. The WSSP claims that up to 850 ton garbage is lifted from the city daily. The spokesman said sanitation in some areas of the city comes under the jurisdiction of Peshawar Development Authority (PDA) and Cantonment Board.

Several projects of conversion of wastes into gas and electricity were launched in the past, but none is functional now.

An agreement was signed with a Chinese companies in May 2018 for producing 12 megawatts electricity from solid waste in Mardan.

The project got attention of the media and people, but later on, Water Supply and Sanitation Company Mardan said the project was abandoned as it was not feasible. The company spokesman Rahat Khan had said that after study, it was revealed that only 40 percent waste of Mardan was usable for conversion into energy.

Abdur Rauf Yousafzai, a Peshawar-based journalist, said the present government is in the habit of making publicity for different projects even without knowing the feasibility.

In 2015, a project of conversion of solid waste into electricity was launched by a private university in Hayatabad area of Peshawar with the cooperation of the Directorate of Science and Technology and a plant was also installed with a cost of Rs4.3 million.

The project initiator Professor Muhammad Riaz had claimed that he can produce 20,000 kilowatts electricity on daily basis if the government provides him from 1,000 to 1,200kg solid waste. The project was closed soon after its launching due to unexplained reasons.

The project in-charge Saad insists that it will never be closed before full implementation. He said the WSSP and district administration are being made partners in this project and it will be made successful with joint efforts.

Saad said the work of WSSP in the project will remain confined to transportation of plastic waste to the plants. He said Peshawar produces up to 200 tons plastic waste daily, while his project will require only 20 ton. He said the gas produced from his plant will be enough for hotels of Peshawar and those households which still don’t have gas connections.

He said there is only one anomaly in his project which is that the quality of plastic waste is not up to mark. He said when they were converting plastic into gas on small level then the result was 80 percent, but the efficiency fell to 60 percent with increase in volume of plastic waste. He said the main reason of this problem is mixing of other waste with plastic and its cleaning remains a big challenge.