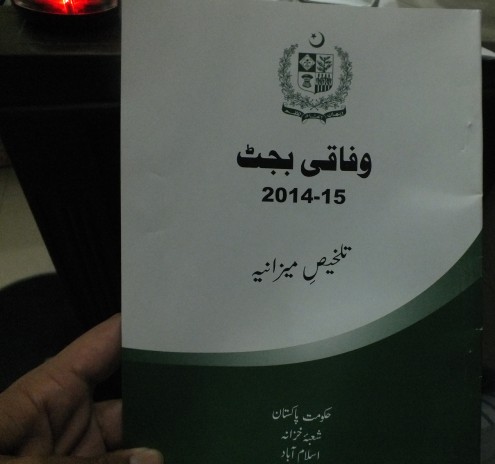 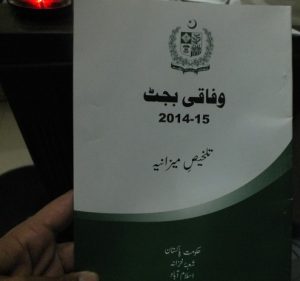 PESHAWAR, June 4: The Pakistan Muslim League-Nawaz-led government has presented budget with a total outlay of Rs3.945 trillion for the year 2014-15.

Federal Finance Minister, Senator Ishaq Dar read out the budget proposals at the special session of National Assembly. Prime Minister Nawaz Sharif was also present in the session, which was presided over by the speaker, Sardar Ayaz Sadiq.

The minister proposed a 10 percent ad hoc relief in the salaries of federal government employees and an increase in the minimum monthly wage to Rs12,000 from Rs10,000.

Conveyance allowance for employees of Grade 1-15 is proposed to be increased by 5 percent. The allocation for defence has been proposed at Rs700 billion. The minimum pension is being raised from Rs5000 to Rs6000.

Under Benazir Income Support Programme (BISP), the poor will now receive Rs1500 per month, Rs300 more compared to previous fiscal, and now 5.3 million families will be supported instead of 4.1 million.

The Federal Development budget is proposed to be fixed at Rs525 billion.

Besides other sectors, a sum of Rs10 niillion has been allocated to acquire land for Diamer Bhasha dam while Rs15 billion are being earmarked for the next fiscal. Funds are also being specified for other dams in different provinces.