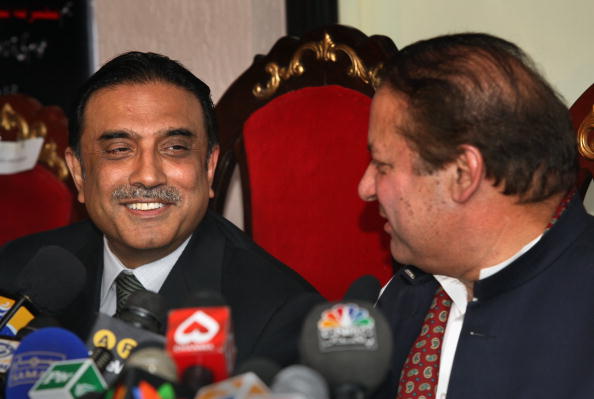 Mr Zardari is expected to present suggestions to the premier about how to manage the prevailing political situation.

On the other hand, the government’s negotiations with the Pakistan Tehrik-e-Insaf and Pakistan Awami Tehrik leadership are underway.

According to Mr Shah Mehmood Qureshi of the PTI, the government is considering their demands and that the negotiations will resume today.

However, a member of Dr Tahirul Qadri-led Pakistan Awami Tehreek, Mr Raheeq Abbasi, says that they will not carry forward negotiations with the government till the police register a case in the Model Town incident in Lahore, where several party activists had been killed in a few months ago.