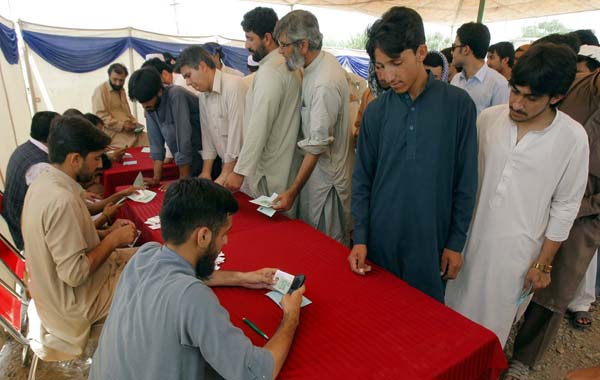 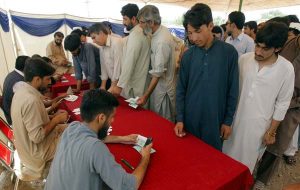 PESHAWAR, July 19: The federal government says the registration of internally displaced persons from North Waziristan has been completed and that one million people have been registered.

On 18 July, Secretary of the Ministry of States and Frontier Regions (SAFRON) Mr Tariq Hayyat told journalists in Islamabad that the exact number of registered IDPs would be notified after the confirmation of NADRA, the national database authority.

He added that food items, including 127,000 floor bags, sugar and ghee items, had been distributed among 92,000 displaced families.

Mr Hayat said six distribution centres had been set up in Bannu and one centre each in Lakki Marwat and Dera Ismail Khan.

Moreover, up to 21,000 displaced people, who had crossed the border into Afghanistan, have come back to Pakistan.

The SAFRON secretary also said the government had not requested any international organisation to assist the displaced people in their rehabilitation till now but that they would not reject any aid, if offered by the United Nations or any other country.